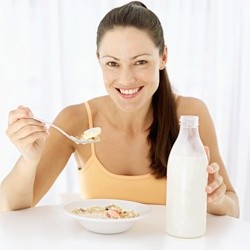 Through the past 50 years, mainstream medical associations, big food industries, and the media have been pulling the wool over people’s eyes. They have insisted that the reason Americans suffered greater heart disease rates than expected was because we consumed too much saturated fats. This belief was based on skewed science along with bullheadedness and profit driven mentalities. At least for some, the scam is over, and major media outlets are taking note.

In the June 23, 2014 cover story of Time Magazine,“Eat Butter. Scientists labeled fat the enemy. Why they were wrong," the author describes the history of America being duped and deceived into believing that saturated fats clogged arteries and caused heart disease. This change of heart by Time Magazine comes 53 years after originally featuring Ancel Keys on the cover of Time in 1961. The magazine originally promoted the disdain for saturated fat based on Keys studies. Keys was a very prominent, charismatic pathologist who started the attack on saturated fat. He claimed saturated fats caused heart disease and based this declaration on flawed methodology and study omissions. This propelled our nation into a hate relationship with cholesterol and LDL, subsequently evolved it into a statin loving society, and generated one of the biggest health care myths ever. This myth has come under attack – again and in a big way.

The Myth is Debunked

Although the science of the original statement was flawed, it has persisted for decades due to profit motivation and reputations. Individuals who questioned Keys were often shouted down or were unable to publish their findings due to the intensity of backlash against what was considered indelible information. However the great wall of “evil” saturated fat and cholesterol has taken some hits, and the word is finally getting out. An increasing number of studies are being released that show saturated fat is not evil and not the reason for heart disease. Recent research published in the Annals of Internal Medicine clearly debunked this myth and is rocking the boat. After reviewing 76 studies involving over 650,000 participants, the authors conclusion was “current evidence does not clearly support cardiovascular guidelines that encourage high consumption of polyunsaturated fatty acids and low consumption of total saturated fats.” Another meta-analysis study done in 2010, also found no link between intake of saturated fat and heart disease. Countries outside of the USA who are not as influenced by powerful profit driven forces with reputations at stake have also reported on this false belief.

Even the New England Journal of Medicine admitted that the Mediterranean diet (which is a high fat diet) and other low carbohydrates diets may be effective alternatives to low fat diets. Their focus on this 2008 study was on weight loss, which clearly showed the Mediterranean diet group and low carb group experienced far more successful weight loss. It also showed that cholesterol ratios between total cholesterol and HDL, fasting glucose, and insulin levels were significantly more favorable with higher fat intake, reducing cardiovascular concerns. The American Journal of Medicine in 2011 in another meta-analysis study concluded “The Mediterranean diet appears to be more effective than low-fat diets in inducing clinically relevant long-term changes in cardiovascular risk factors and inflammatory markers.” While the current Mediterranean type diets support the use of limited saturated fat intake, it is still a high fat diet. Generally 25-40 percent of calories are provided by fats in this diet, with the vast majority of fat from olive oil consumption and some saturated fat. The historical, traditional Mediterranean diet was actually higher in saturated fat with raw, full-fat milk and cheese, eggs, and meats often cooked in animal fat (butter or lard). Grains, breads or pastas were also prepared with butter or lard. While the present day Mediterranean diet does not focus on high levels of saturated fat intake, the general theme is that low fat diets do not help heart disease and other health factors. They worsens them!

For more than a half century, Americans have been told to eat less saturated fat or to remove fat from the diet. The most recent USDA Dietary Guidelines for Americans recommend that people should not consume more that 10 percent of daily calories from saturated fat. This equates to 22 grams of saturated fat for someone on a 2000 kcal per day diet. The American Heart Association recommends even less saturated fat intake of 5-6 percent of total calories of saturated fat per day. This equates to about 13 grams of saturated fat or two slices of cheddar cheese or two pats of butter per day. America followed these recommendations and began substituting increased amounts of carbohydrates, sugars and sweeteners rather than fat. At the same time, food manufacturers rolled out the red carpet to develop low fat, no fat foods. Our grocery stores experienced a deluge of new foods with low fat and no fat yogurt, butter like spreads, egg beaters, skim milk, low fat microwave dinners, reduced fat chips and cookies like SnackWells. “They let you be bad and still be good” or “Be bad. Snack well” are powerful messages sent to us by Nabisco telling us that these foods loaded with carbohydrates or sugar are okay to indulge in because they don’t have a lot of fat.

Then there is the food pyramid evolution that coincides with this change. In the 1950s and prior, the food pyramid actually recommended four servings or less of breads/grains balanced with meat, dairy, butter, fruits, vegetables, and legumes. It wasn’t until the 1992 food pyramid was released that bread, cereal, rice, pasta serving recommendations increased to 6-11 servings per day. Yet, it is the consumption of these carbohydrates including wheat bread, white bread, crackers, pasta, starches, cookies, etc. that is driving the obesity epidemic with nearly one in three individuals obese, one in ten with type 2 diabetes, and heart disease as the number one killer.

We are reaping the consequences of these choices. In the Time Magazine article, Dr. Robert Lustig, a pediatrician at the University of California, San Francisco and the president of the Institute for Responsible Nutrition said it well, “the argument against fat was totally and completely flawed. We’ve traded one disease for another.”

While not every expert agrees what diet is best for prevention and treatment of heart disease, it is clear that this experiment we have been conducting is not working. We have a lot of work to do to turn around the health of the nation, and the path we are on is not working. The lead author, Dr. Rajiv Chowdhury, cardiovascular epidemiologist at Cambridge University of the Annals of Internal Medicine March 2014 study concluded that “current evidence does not support low consumption of saturated fats or high consumption of polyunsaturated fats. The main message is that there’s a lot more work that needs to be done.”

Why is saturated fat such a big issue? Saturated fat has been linked with heart disease as it increases LDL or low density cholesterol. “The relationship between saturated fat and LDL is complex,” said Dr. Chowdhury. It is simply not as black and white as we have been taught. Saturated fat also increases HDL or high density lipoprotein along with LDL, which helps balance out LDL with healthier ratios. At the same time, there are different types of LDL. Which type is present determines if it is friend or foe. LDL particle sizes that are big and fluffy are generally considered benign or friendly. However the smallest, most dense forms of LDL are dangerous. These small particles are easily oxidized or damaged setting off inflammation within the vascular wall, leading to heart disease.

“The smaller, more artery-clogging particles are increased not by saturated fat, but by sugary foods and an excess of carbohydrates”. Dr. Chowdhury said. “It’s the high carbohydrate or sugary diet that should be the focus of dietary guidelines. If anything is driving your low-density lipoproteins in a more adverse way, it’s carbohydrates.” LDL particle sizes can be measured by blood tests, but is not included in a standard cholesterol panel.

Major medical organizations and drug companies, etc. are going to keep fighting the fight saying that saturated fat and cholesterol are bad for you. They are unwilling to admit the flaws found in the junk science doctrine. Even though mounting research shows that saturated fat is not related to heart disease, we do need to focus on the quality and quantity of the saturated fat consumed. Good sources of saturated fats include organic, free-range fatty beef, pork, lamb, and poultry with skin, cream, butter, cheese, whole milk, dark chocolate, palm and coconut oil. The results of these studies do not give permission to gorge endlessly on saturated fatty foods like burgers, pizza, ice cream, and cheese, but rather including quality saturated fatty foods in moderation balanced with fruits, veggies, proteins, and other good fats. Consuming foods high in saturated fats that are found in the fast food industry, packaged foods, and high heat oxidized fats (deep fry, etc.) from less than healthy animals will have quality compromised. Damaged fats provoke inflammation and do not help LDL particle size be big, fluffy and benign. Rather, consume your saturated fat sources from clean, organic, free-range sources as much as possible to avoid the production of small, dense, bad particle size LDL that is a foe to the body.

So have a moderate portion of organic, grass fed steak on the grill with some organic roasted veggies drizzled with organic butter or olive oil this 4th of July holiday weekend and enjoy!