Salt is Not So Evil After All 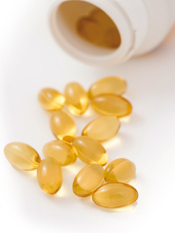 Salt sensitivity can readily be judged by extra fluid retention or elevated blood pressure directly associated with salt intake. Those with salt sensitivity need kidney support. Nutrients that are helpful include coenzyme Q10, milk thistle, and lipoic acid. Fluid retention can be helped with antioxidants and natural diuretics, such as mangosteen and cranberry.

In normal health, your body can easily handle widely variant sodium intake levels. I would like to point out that sodium restriction during the summer months can cause serious electrolyte imbalance that can only be corrected by sodium intake. This means those restricting sodium may become heat intolerant, leading to potentially serious cardiovascular distress.

Salt is needed for healthy digestion and for the formation of adrenal hormones. This is why many people crave salty food when they are under stress. Moderate use of salt has never been a problem for the great majority of people and an obsession with sodium restriction is not linked to longevity in cardiovascular patients – rather just the opposite.

If you seem to be craving too much salt, then work on nourishing your adrenal glands and the cravings will go away.