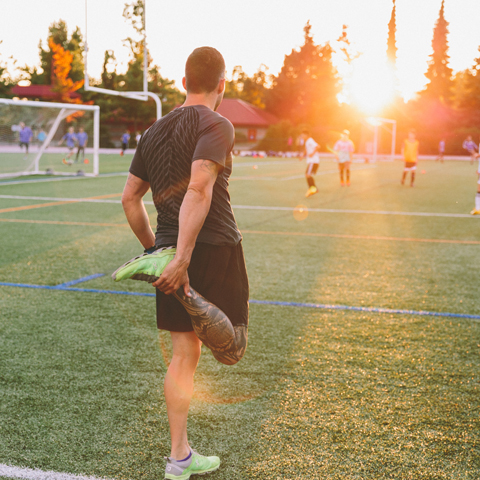 Whether you are an athlete training for your next big event or just wanting to stay in good physical shape, coenzyme Q10 ubiquinol is a nutrient that can help you achieve your overall fitness goals.

Q10 works as an antioxidant in the body. It is produced within the body naturally and used for important functions including supporting energy production within cells. When energy demands are high, Q10 supply may not be able to keep up with the body’s demand. Supplementing with Q10 ubiquinol can help support your mitochondrial energy production and enhance physical fitness.

Another study tested how coenzyme Q10 ubiquinol affects power output and overall performance in elite athletes. Young German Olympians were given 300 mg of ubiquinol and followed over a 6-week training period. When tested for maximum power output capabilities, the group supplementing with CoQ10 ubiquinol had a statistically significant enhanced peak power production in comparison to those training without ubiquinol supplementation.

The benefits of this super nutrient extend even further. Due to its crucial role in energy production and common use in all cells, CoQ10 ubiquinol has a wide-ranging role in overall health as well.

Coenzyme Q10 ubiquinol is probably best noted for its support of cardiovascular health. The heart is a muscle that is constantly working, whether you are exercising or at rest. Therefore, it requires a constant supply of energy. Supplementation with CoQ10 ubiquinol helps the heart produce energy for healthy function. Additionally, CoQ10 ubiquinol works in conjunction with the antioxidant vitamin E to support the health of cells lining the arteries as well as cells moving through the circulatory system. The net result of multiple activities of CoQ10 is that it helps the natural movement of circulation, supporting normal blood pressure and healthy heart function.

The studies in this article were performed using the ubiquinol form of Q10, a reduced form of Q10 especially helpful for energy production. Q10 ubiquinol is an expensive nutrient. There are many low quality, cheap Q10 supplements on the market to avoid. Even among Q10 ubiquinol supplements, there are quality differences.

Wellness Resources Super CoQ10 Ubiquinol contains d-limonene to stabilize the ubiquinol so that it does not oxidize. The Q10 is crystal-free and completely soluble. It has better bioavailability and stability than other Q10 ubiquinol formulas.*

So go ahead and boost your workout to the next level. By supplementing with coenzyme Q10 ubiquinol you'll reap all the energizing and heart healthy benefits a good workout has to offer!