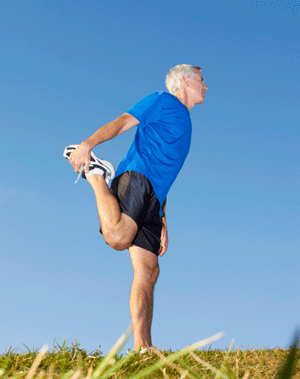 The shriek coming out of the bathroom with the utterance of defeat “I have gray hair” may send you to the local salon for hair coloring solutions. Gray hair is expected to come with age and advanced years, but some individuals experience gray hair much earlier in adulthood. Many a college student has found their first gray hair after a tough semester. Much to their horror, even the occasional high school student may find gray hair.

Development of premature gray hair is a real phenomenon. It’s not just about hair color and the implications of getting old. It is a reflection that something else is going on in your system. It is often said that stress and family genetics make hair go gray. As the mystery of early gray hair development is teased apart, researchers find that genetics is not the only factor in its early development. Oxidative stress and nutrient deficiencies also play a key role in early onset gray hair.


Melanin is the pigment that gives human hair, skin, and eyes and even internal organs their color. In addition to pigmentation of tissues, melanin has many other benefits and functions. Melanin is a known antioxidant, anti-inflammatory, immunomodulatory, radio-protective, liver and gastrointestinal protective, and a blood sugar lowering agent. Melanin is different than the sleep hormone and antioxidant melatonin.

Melanin is Impaired with Oxidative Stress


Melanin provides different hues of color pigmentation to hair follicles. In normal aging, we see melanin reduction occur over the course of several decades. In premature graying, it is seen in teenagers, twenties and thirties. In early gray hair onset, high levels of oxidative stress from reactive oxygen species (ROS) and hydroxyl radicals, like hydrogen peroxide, have been found to adversely impact the cells that produce melanin, called melanocytes. On a cellular level, ROS and other free radicals cause progressive stress to cellular structures involved with melanin production and transportation. If there is a lack of antioxidants to quench the ROS, the melanin forming cells fail to function and the hair shaft becomes void of pigment. Premature gray hair is essentially an accelerated aging process to the hair follicles and melanin.

Recent findings in the journal Internal Medicine found that people with premature gray hair may be at increased risk of heart disease. Scientists evaluated over 200 patients who had premature gray hair and no history of cardiovascular disease. They looked at numerous variables and independent risk factors, which included carotid artery intima-media thickness (CIMT) measurements. CIMT is an independent test for coronary artery disease that measures the thickness of the inner two layers of the carotid artery. Thickening of the intima-media occurs before symptoms of atherosclerosis. In this study, it was found that premature gray hair was related to increased CIMT. Scientists suggested further investigation was needed to further confirm this relationship.

Be advised that proton-pump inhibitors (PPIs) antacid medication also affects melanin. Current literature shows that PPIs like Prilosec may be used to whiten skin or reduce hyperpigmentation, as these drugs block melanin production in the skin. PPIs affect melanin via gene pathways, copper and tyrosine function. The literature focuses specifically on the effects pertaining to skin and melanin. Common PPIs do not list gray hair as a side effect, but given the impact on skin melanocytes, it does make one wonder if there is a correlation to gray hair onset or increase.

Early development of gray hair, apart from genetics, suggests that there may be insufficient nutrients or something else is going on. The fact that melanin has such a diverse role in the body as an antioxidant, anti-inflammatory, immunomodulatory, radio-protective, liver and gastrointestinal protective, and blood sugar lowering agent, and its loss is linked with gray hair, makes one wonder if premature gray hair is an early sign of lower melanin levels elsewhere in the body. This is especially concerning as we see premature gray hair and insufficient melanin linked with autoimmune disorders, atherosclerosis and increased CIMT thickness.

If you have recently uttered those words “I have gray hair” and it is not due to normal aging, it may be time to give your hair a nutritional makeover.

Zinc Essential for Immunity, Sense of Smell, and More