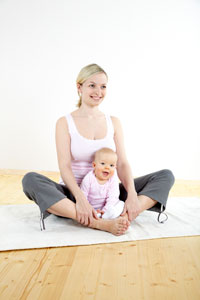 It is now very clear that gene switches are programmed in a baby while in the womb. Factors such as the nutritional status of the mother, stress, and mood can have a major impact on several future generations. Ongoing animal experiments1 prove beyond any question that gene setting that occur in the womb persist following birth.

Malnourished mothers are a prime reason for low birth weight babies, which puts the child at a disadvantage following birth and has now been implicated as a risk for many adult health problems including diabetes, growth retardation, cardiovascular disease, obesity, and neurodevelopmental delays

“The jury's in and, yes, expectant moms really are eating for two, “said Gerald Weissmann, M.D., Editor-in-Chief of The FASEB Journal. “This study shows not only that we need to address problems such as preeclampsia during pregnancy, but also that prenatal care is far more important than anyone could have imagined a decade ago.”

Another recent study shows that snacking2 on sugar-jolting foods like chocolate, white bread, and cookies during the last trimester of pregnancy causes heavier babies and increased obesity risk. Snacking confuses leptin, creating leptin-resistant fetal programming in the baby, a “learned” gene setting that can be very problematic.

Healthy pregnancy is of the utmost importance to the future health of our society.