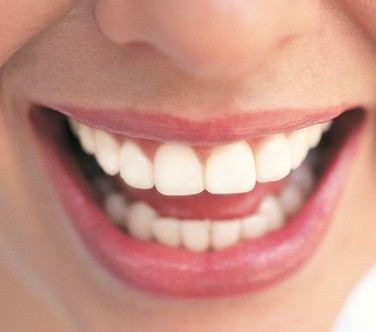 Forty-seven percent of adults age 30 years and older have some form of periodontal disease, according to the Centers for Disease Control. In individuals 65 years and older, the number jumps to a staggering 70.1 percent. Periodontal disease creates a heightened systemic response linked with heart disease, diabetes, obesity, and several other disorders.

Periodontal disease is the result of inflammation and infections of the gums and bone that surround the teeth. Gingivitis is an early stage of this inflammation. When it progresses, it becomes periodontitis. Gums pull away from the tooth, low-grade infections simmer, the jaw bone breaks down, and teeth may loosen or even fall out.

Warning signs of periodontitis include bad breath or bad taste in the mouth that doesn’t go away; red, swollen gums; bleeding gums; sore, sensitive, or loose teeth; pain with chewing; and even changes in your bite.

Common risk factors identified include poor oral hygiene, smoking, crooked teeth, immune deficiencies, defective fillings in teeth, poorly fitting dentures, and even hormone changes related to pregnancy, menopause, or oral contraceptives. Additional factors include e-cigarettes, sleep disorders and insufficient sleep and obesity. Dental cavities are preventable and so is periodontal disease. Periodontal disease reaches systemically to the body and poses a greater threat than just the presence of bleeding gums or the threat of tooth loss.

Periodontal disease has a high association with several systemic diseases. Recent research shows that periodontal disease alone causes a 19 percent increase in the risk of cardiovascular disease in adults. If you are 65 and older, the risk increases to 44 percent. Periodontal disease is considered an independent risk factor for acute coronary heart disease as it can cause enough inflammation and silent stress on your body to trigger heart attacks and affect cholesterol measurements. It is linked with pregnancy difficulties like preterm birth, low birth weight, maternal infection, preeclampsia, and gestational diabetes. Gum disease is linked with impaired cognitive function such as Alzheimer’s disease, rheumatoid arthritis, arthritis pain, obesity, and type 1 and type 2 diabetes.

Diabetics and Periodontitis: Be Aware!

Studies show that when dental health improved in diabetics, blood sugar levels improved. It was found that type 2 diabetics have a startling 3.2 times greater likelihood of death than diabetics who don’t have periodontal disease. Diabetics with severe periodontal disease are also at considerably higher risk for heart attacks, heart failure, and death from cardiovascular disease. Studies show that when dental health improves the mortality and illness rates from heart disease and diabetes declines.

The missing link between periodontal disease, heart disease, diabetes, and even obesity may be traced back to oxidative stress placed on mitochondria. A growing body of research shows that mitochondrial dysfunction and periodontitis occurs at a fundamental intracellular level by means of oxidative stress and inflammation.

It is more than just a link between what’s happening in the mouth. Recently published information showed that in patients who had periodontal disease and recent coronary artery surgery because of heart disease had several unique inter-related mitochondrial mutations that occurred in the heart and periodontal tissues. The same “mitochondria fingerprint of damage” from oxidative stress was found in the dental and heart tissues that links them together. This missing link makes the following information on magnesium and coenzyme Q10 take on an enormous magnitude of necessity as these nutrients are vital for mitochondria, dental health, heart, and diabetes.