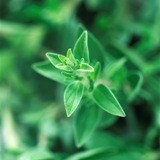 The researchers used the well documented model of feeding the mice a high fat diet. Some mice were fed 0.1 percent carvacrol as part of their diet. These mice gained significantly less weight. An analysis of gene function showed that genes leading to the formation of new fat cells were suppressed. Likewise, genes in white adipose tissue immune cells that otherwise cause inflammation were restrained.

A key part of the weight gain problem for any person is that immune cells start having an inflammatory party within white adipose tissue, attracting even more immune cells and causing progressive inflammation. This problem locks in the dysfunction of white adipose tissue and contributes to stubborn weight issues. This is the first study showing that carvacrol can directly improve this difficult problem, helping break a vicious cycle.

Collectively, these studies indicate that oregano oil can be added to any person's weight loss program and may be especially beneficial if a person also suffers from excess food cravings, sinus problems, digestive problems, and/or joint pain.