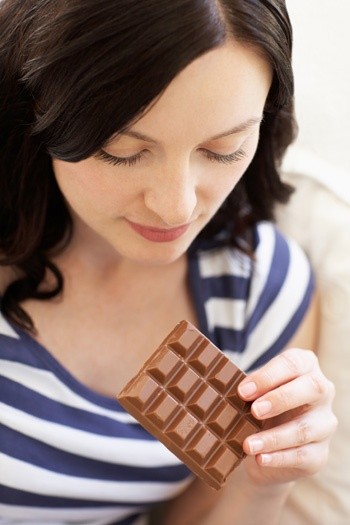 A recent study might have you thinking twice about the sweet treats with Halloween and the upcoming holiday season. This is especially true if you have a history of prediabetes, diabetes, or obesity and cancer.

Cancer research has focused on sugar metabolism for several decades in order to understand the role that sugar plays in cancer development. In healthy cells, glucose is broken down and used for energy. The end products are carbon dioxide and water. In cancer cells, their metabolism is wired to take glucose and ferment it. The end-product is lactate or lactic acid. Cancer cells favor fermented sugar over natural aerobic respiration. Yeast cells do the same thing. This is known as the Warburg effect which was discovered in the 1950’s.

Johan M. Thevelein, senior author of a recent study, microbiologist and KU Leuven professor in Belgium, found an important step by using yeast cells that identified how cancer cells aggressively proliferate related to sugar and fermentation. This study was recently featured on CNN. The researchers identified a compound called the RAS protein and its relationship between sugar and cancer cell growth. RAS protein is a proto-oncogene which can mutate and become a cancer causing gene. It was found that when the cancer cells fermented on sugar via anaerobic metabolism, it turned on the RAS protein. RAS protein then aggressively stimulated mutant cellular growth.

In addition, the study noted that the RAS protein induces mitochondrial stress and dysfunction with sugar intake. Sugar consumption led to fermentation and activation of the RAS protein which forces the mitochondria from normal aerobic cellular respiration into anaerobic state. This shift in metabolism causes an increase in ROS or reactive oxygen species which are some of most toxic free radicals that the body can produce. This ultimately damages the mitochondria and creates more metabolic stress and lactic acid.

The researchers were very excited about the study, but they were also quick to say that much is still unknown in how it applies to human cancer cells or if sugar causes cancer. Harvard Medical School scientist and chairwoman of the American Society of Clinical Oncology’s energy balance committee, Dr Jennifer Ligebel commented on this study via CNN. She noted, “The study showed only an increased rate of cell growth triggered by glucose but didn’t result in the cells replicating more quickly”.

Yet, she stated, “This is really one of the first studies that’s provided a biologic mechanism that could explain a relationship between glucose itself and cancer progression.” Neither the authors nor Harvard representative confirmed that eating more sugar leads to more cancer. Both parties rather pointed to the fact that increased sugar intake leads to more obesity and insulin resistance which is linked with higher risk of cancer. However, at the end of the interview, the lead author, Thevelein still suggested this advice to cancer patients – eat less simple sugar.

It is interesting to note, that tucked far into the actual research paper is one small statement about the nutrient vitamin C, sugar reduction, and magnesium. In the discussion about the metabolic deregulation and hyperactive RAS protein that leads to aggressive tumor cell growth, it was noted that vitamin C treatment kills RAS-oncogene expressing tumor cells and glucose deprivation triggers cell death. Insufficient magnesium was noted to activate the RAS protein, but adequate magnesium prevented RAS protein activation. Not once did the CNN report identify this.

Cancer rates have risen similar to the progressive sugar intake in modern times. The CDC cancer statistics now determine that 1 in 2 men and 1 in 3 women will have cancer in their lifetime. The World Health Organization states that cancer is the leading cause of death worldwide which caused more than 8.8 million deaths in 2015. Numerous reasons lead to cancer, but the greatest cancer risks occur with unhealthy diet lacking in fruits and vegetables, obesity, and alcohol and tobacco use.

If you do indulge in various sweets and treats, do it in moderation. Rather than a treat of simple carbohydrate at every meal and in between, have it once a day or only a couple of times per week. Or take a break from sugar for a month and see how you feel. It can be health changing! If you choose to consume sweets, always consume sugar with a meal so the other foods rich in fiber, healthy fats, and antioxidants buffer the impact of the sugar.

Avoid Frankenfoods sweets, such as GMO sugar beets to reduce other chemical stressors. Cancer and genetics are related, but cancer is not inherited. Something turns it on. It is likely that excess sugar plays a larger role in cancer and loss of health than what many are led to believe. Think about this study and its findings the next time sugar or simple carbohydrates end up on your plate or in your hand and tempt you. What’s your choice?