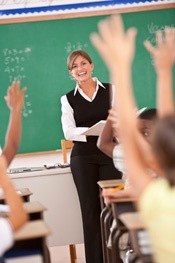 A study indicates that the cerebellum region of your brain1 plays a far more important role in preventing cognitive decline than it was previously thought. This means that proper signaling for the production of thyroid hormone plays an essential role in preserving your mind.

We generally think of our higher level intelligence being based on the function of the cortex regions of our brain, which is obviously quite important. However, in a brain imaging study of 228 Scottish people ages 63-65, researchers found that the size of the cerebellum predicted general intelligence. This is quite interesting, as you can consider the cerebellum is a key part of the foundation for cortex functioning.

"General intelligence is correlated with many basic aspects of information processing efficiency, which I believe depends upon the functioning of the cerebellum, including the speed and consistency of our perceptions and decisions, and the speed with which we learn new skills," notes Dr. Michael Hogan, first author of the study. "This is exciting research, as it suggests that there may be a backdoor route into maintaining higher cortical functions in old age through the sustained activation of cerebellar networks via novel sensory-motor and cognitive activities, all of which I believe the cerebellum seeks to regulate and automate, working in concert with the cortex."

When your brain decides to make thyroid hormone, it first produces a message in your hypothalamus gland called TRH (thyroid releasing hormone), which then travels to your pituitary gland to activate the production of TSH (thyroid stimulating hormone as measured on lab tests). TSH travels through the blood to the thyroid gland, which is why it can be measured on a lab test. TRH is not easily measured and so is not available on common blood work.

This is important because we know that TRH does many other things at the same time it stimulates TSH production. For one thing, it is vital to the function of the cerebellum, where it activates multiple genes. Thus, it is now recognized that clumsiness, which is a cerebellum problem, is a symptom of poor thyroid function via the lack of TRH activation.

We also know that TRH signaling goes on all over the brain, turning on multiple aspects of metabolism that have nothing to do with the TSH, T3, T4 levels. However, TRH signaling has everything to do with properly activating multiple energetic pathways in the brain, which are then signaled into the body. That gives a person better energy, and a lack of what has become known as hypothyroid symptoms.

TRH can be disrupted by many factors ranging from stress to toxins. Importantly, TRH is suppressed by taking thyroid hormone. That is because the brain senses higher circulating levels of thyroid hormone and so decides not to make any by not making TRH, and thus not making TSH. This problem will show up as low scores of TSH or low normal scores of TSH, which means TRH has been turned down significantly. This will have adverse effects on brain function, coordination, and metabolism.

I make this point in part because many alternative doctors think it is okay to give anyone thyroid hormone to the point his or her body temperature rises. Invariably TSH is suppressed, which the doctors don’t seem to care about. The new science says this approach to helping thyroid problems is foolhardy. Anyone taking thyroid hormone should not have a TSH score below the middle of the normal range (work with your doctor; I’m giving you information, not medical advice).


Figure out a way to fix your metabolism if you have thyroid symptoms and low body temperature, even if you are on thyroid medication. Your future brain health depends on it.