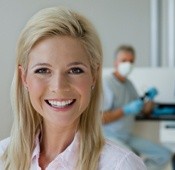 The clear links between dental health and heart disease just got a lot stronger, which may now be a motivational factor for many people to improve oral hygiene. People with bleeding gums allow entry of up to 700 different types of bacteria directly into their circulation, increasing the risk for a heart attack. The new research was presented by several groups at the Society for General Microbiology's autumn meeting being held at Trinity College, Dublin.

Dr Steve Kerrigan from the Royal College of Surgeons explained how this works: “The mouth is probably the dirtiest place in the human body. If you have an open blood vessel from bleeding gums, bacteria will gain entry to your bloodstream. When bacteria get into the bloodstream they encounter tiny fragments called platelets that clot blood when you get a cut. By sticking to the platelets bacteria cause them to clot inside the blood vessel, partially blocking it. This prevents the blood flow back to the heart and we run the risk of suffering a heart attack….In other words it doesn't matter how fit, slim or healthy you are, you're adding to your chances of getting heart disease by having bad teeth.”

Kerrigan's research team presented new findings showing that once bacteria enter the circulation they actually use platelets to form a protective shield around themselves so as to hide from your immune system or a germ-killing compound. This causes little “mini clots” to form, which are more likely to stick together in a larger clot and cause a heart attack.

Other research presented at the conference focused on how bacteria lead to plaque formation in the arteries. Professor Greg Seymour from the University of Otago Dunedin, New Zealand looked into a new angle on this issue and discovered that common stress-response proteins produced by both bacteria and inflamed human cells tend to confuse the human immune system. This leads to immune cells inappropriately targeting the inflamed cells lining the circulatory system, a factor that helps drive the process of artery hardening. Thus, a confused, overworked, and inefficient immune system response to ongoing low grade infection from poor dental hygiene could be a major risk factor for plaque accumulation in the arteries.

The two studies taken together provide several mechanisms by which poor oral hygiene leads directly to heart disease. While this concept has been reported for a number of years, these precise mechanisms that explain the process are new and open doors to protecting yourself.

Clearly, brushing your teeth and flossing takes on a new priority. Clearing out trash and debris in your circulatory system will help your immune system work better and platelets not stick together (using enzymes like bromelain), protecting the lining of your arteries with fat soluble antioxidants (such as tocotrienol E), and using natural germ fighters (like oregano oil) will be the foundation of this approach. Many other factors could easily interact with these mechanism, including toxins from any source including pollution, too many inflammatory stress chemicals, and your immune system struggling with other infections (especially low grade chronic infections). This data also means that an acute infection could tax this already strained system and trigger a heart attack.

I'm not trying to scare anybody, but this information is rather sobering. I'll be brushing and flossing this evening.