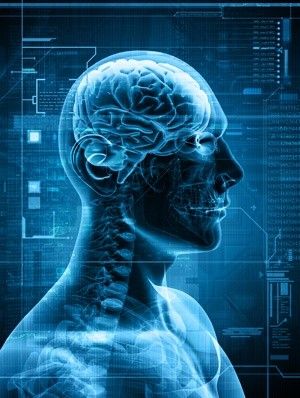 Several years ago, Byron Richards, CCN, reported that Neurontin and Lyrica are a death sentence for new brain synapses. These drugs are anti-seizure (gabapentinoids) drugs that are used for much more than epilepsy management including dealing with chronic pain. As they have been prescribed for an increasing number of concerns, more research has been done on long-term effects, which have revealed a real cost to health. This new research provides even stronger incentive to keep our nerves healthy and use alternative support and prevention. Many natural resources exist for chronic wear and tear, and harmful stress to nerves and the brain.

As usage of these drugs has risen, more doctors are expressing concern in their dangers and misuse. In a recent editorial in the journal Addiction, the author from a pain clinic in the UK outlined a growing problem of gabapentin/Neurotin and pregagalin/Lyrica misuse. In the last 5 years alone, she noted that the prescription rates have increased by 150 and 350 percent respectively. In her article, she expressed great concern with the overuse of the drugs and the lack of effectiveness in the majority of prescribed cases. She stated that “prescribing gabapentinoids in clinical practice has proved more hazardous than in the supervised context of a clinical trial where drugs are prescribed in fixed doses to selected low-risk individuals”. It is further acknowledged that “clinically meaningful pain relief with gabapentinoids is achieved in fewer than 20 percent of patients with discrete diagnoses and patients with poorly defined disorders such as fibromyalgia fare even worse with pain reduction”. Indeed, there is a growing concern of Lyrica and Neurontin becoming the new drug of addiction and following the path of opioid addiction.

Lyrica and Neurontin are used to dampen nerve activity or to help stabilize nerves that are inflamed, angry, and chronically over-stimulated from seizure disorders, depression, anxiety, insomnia, pre- and post-operative care, fibromyalgia, and neuropathy. There is no doubt that individuals with severe symptoms need appropriate medical care, but liberal, chronic, or inappropriate, off-label use may not be as benign as the consumer is led to believe. Consumers need to be aware of the adverse risks and concerns, especially expecting mothers.

In the journal Neurology June 2016, scientists demonstrated an increased risk of major birth defects after first trimester exposure to Lyrica. Other journals agree that antiepileptic drugs adversely affect nerve function, brain development and lead to other developmental disturbances in mice exposed to Lyrica during pregnancy. Lyrica blocked normal growth and limb development, and even caused cell death due to nerve signal disruption in the embryos. Other developmental defects occurred in the spinal column and the bones of the face even in low doses reflecting a “death sentence in healthy development”. The drug, Neurontin, has also been found been to cause abnormal fetal development and severe birth defects. As Richards stated in his earlier article, “how is a fetus supposed to make new nerve cells when the mother is taking a drug that blocks them?”

A March 2017 animal study identified another scary adverse side effect from Lyrica or pregabalin. Animals were given either a single dose or a daily dose of varying amounts of pregabalin for 21 days. Immediately after the three weeks, skeletal muscle tissue was evaluated for injury and oxidative stress. Regardless of the dose, pathological damage was found. The worst damage occurred with long-term use, showing as a significant loss of muscle or muscle atrophy, and high levels of inflammatory cells infiltrating into the muscles. This led to cell degeneration after just 21 days of exposure to the drug. This is yet another example of “a death sentence to cells”. Many with chronic pain disorders are put on this drug for years. What is it doing to this population? The reason for the muscle damage is still unclear, but is the medical treatment causing more harm in the long-run?

It has been somewhat of a mystery on how Lyrica/pregabalin works. In a recent cellular study, scientists found that pregabalin decreased nerve excitation or nerve firing in the part of the brain called the dentate gyrus and cells called granule cells. In addition, Lyrica exposure caused these granule cells to mature or age faster. The dentate gyrus is in the input region or receiving area of the hippocampus, which plays a critical role in learning, memory, and spatial relationship interpretation. New nerve cells in this area are generated throughout all ages of life, but Lyrica was found to dampen or inhibit the rate of signals in the area and aged the granule cells. When nerve tissue is on-fire with inflammation and over-stimulation, it is one thing to dampen the hippocampus, but what about chronic use or inappropriate use of the drug. Is this a death sentence to hippocampal function?

Other new information showed that Lyrica treatment shrunk the brain’s gray matter in fibromyalgia patients treated with short-term use of Lyrica. The drug blocked the production of the excitatory neurotransmitter, glutamate. Excess glutamate is certainly problematic in the brain, as it leads to “wind-up” or central sensitization and causes high levels of oxidative stress to the brain. This is felt as pain, insomnia, depression, anxiety, etc. The authors of this study did not seem to find the brain shrinkage alarming, but rather helpful, because of reduced pain and less oxidative stress on the brain, but common sense begs to differ. The concern, again, relates to chronic use, as many fibromyalgia patients are put on this drug for years. It would seem to be a double-edge sword on brain size and stability, as Lyrica causes brain shrinkage and so does the effect of chronic pain and oxidative stress.

Other adverse effects have been found with Lyrica and Neurontin. A recent review study released found that several of the antiepileptic drugs, like Lyrica and Neurontin were associated with increased risk of infection. Another report showed severe muscle cell death and extreme bruising when Lyrica was combined with the antibiotic azithromycin in an elderly woman. The woman was being treated with Lyrica for chronic back pain for three months and had a single dose of the antibiotic for bronchitis. The combination caused a severe life-threatening illness.

Neurontin also has been linked with vision abnormalities, suicide, sleep apnea, decreased breathing/hypoventilation, respiratory failure, muscle weakness/damage, and worsening of some autoimmune neurological disorders. It is also toxic to mitochondria, the energy-producing life force of our cells. It can adversely raise LDL cholesterol levels, cause sleep apnea, and has led to urinary-incontinence in adults. Once the drug was discontinued, the adverse effects were reversible.

If you need be on Lyrica, Neurontin or other similar drugs for severe problems, work with your provider to use it for the shortest time and lowest dose possible. Medical journals recommend very close drug therapy monitoring when using Lyrica or Neurontin.

Chlorella – A Superfood for You and the Planet