Multiple Sclerosis and Recent Findings With the Epstein Barr Virus 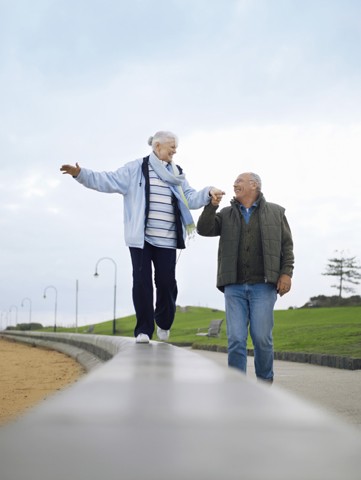 Multiple sclerosis (MS) affects over two million people across the globe. It is a neurological autoimmune disorder that involves destruction of the myelin sheath that surrounds nerves. Nerve destruction may occur in the brain or in the spinal cord. Symptoms vary and depend on where the destruction occurs in the nerves and myelin sheath. Fatigue, pain, vision loss, dizziness, weakness, muscle spasticity, impaired coordination and other symptoms occur. Symptoms worsen with heat and humidity. Some individuals with MS have flare-ups and remissions, while others experience chronic progressive symptoms. It can be hard to diagnose.

For several decades, scientists have been chasing the theory that multiple sclerosis (MS) is triggered or caused by a virus. Many herpes viruses have been evaluated especially the Epstein Barr virus. Proving the virus is in the brain and nerve tissue and causes the damage has been considerably more difficult. New research has uncovered powerful evidence of Epstein Barr virus involvement with multiple sclerosis.

Numerous studies have tried to prove Epstein Barr virus (EBV) as the primary cause of MS, but it has been very difficult and controversial to pin down. Past studies have shown that most MS patients are infected with Epstein Barr virus in their blood stream as seen with blood tests. This means that the immune system hasn’t cleared the virus or put it into dormancy. MS patients are more likely to have a history of mononucleosis which is caused by EBV. A 2015 study was able to prove in post-mortem MS brain tissue samples, that EBV was present in the meninges. Meninges is the thin membrane which covers and protects the brain and spinal cord. This shows some connection, but more evidence was needed to confirm it within the central nervous system.

The February 2018 highly respected PLOS One journal (Public Library of Science) identified that Epstein Barr virus was found in most autopsied MS human brain tissue. Using advanced testing methods and over 1000 different tissue samples, it was found that 91 out 101 or 90 percent of MS cases were found to have EBV scattered in low to high amounts in the meninges and white matter of the brain.

In addition, for the first time, through specialized cell-staining techniques, scientists found that microglial cells, astrocytes, and B cells were also infected in the brain. Microglial and glial cells function as the brain’s immune and cleaning system. Astrocytes are star shaped glial cells of the brain.

The MS study results showed that EBV was present, active and was linked to neuroinflammation and pathology of multiple sclerosis. It was also noted that five of the 21 non-MS cases had exhibited other types of neurological pathology with dementia and other neurodegenerative disorders. In these five cases, EBV was also present in the brain tissue.

EBV Related with Other Illnesses

EBV infection is one of the most common viruses found in humans, and once acquired, it stays in the body for life. It either remains dormant and inactive or can be reactivated. When the virus is active and evading immune system defenses, it is thought to contribute to other illness. Several types of cancers like lymphoma, different breast cancers, various gastrointestinal cancers, ulcers, inflammatory bowel disease, and even appendicitis are linked with EBV.

Other recent studies have either shown or strongly suspect EBV as a triggering agent, or cause of autoimmune inflammation in other illness. This includes rheumatoid arthritis and Chronic Fatigue Syndrome. New research shows that even dental disorders like periodontitis are related with the virus.

Why Epstein Barr virus is active in one individual versus another is the unanswered million-dollar question. We do, however, know several nutrients support the immune system and brain and help manage the virus and the inflammation that it causes.

The PLOS study on EBV in MS and other non MS neurodegenerative disorders gives credible evidence that EBV causes neurological inflammation and disease. It is a big step in multiple sclerosis research and helps provide direction for management, understanding, and acceptance. The intent with information like this on EBV is to not make one paranoid about a virus that is usually managed well by a healthy immune system. It is proposed to help those who suspect or have been diagnosed with MS or another illness related with EBV. Viral activity and chronic inflammation triggered by the virus can lead to pathological destruction. The fact that it has been found in diverse areas of the brain in MS hopefully paves the way for better understanding other neurodegenerative disorders. Thankfully, research has led to this evidence, which can be used to make choices for better management and health.