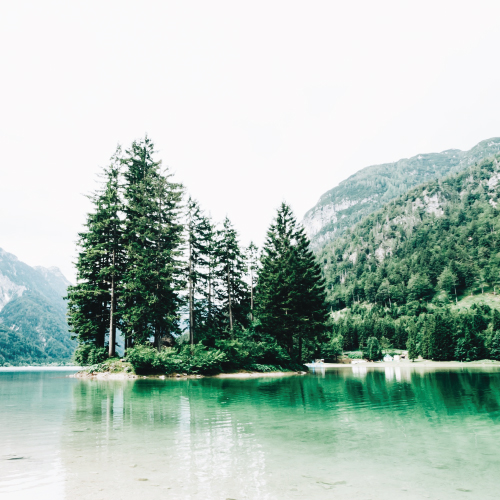 “Man boobs”. It’s not often talked about, yet this sensitive topic has increased considerably in the last few decades and is a modern day concern. The male physique of men and boys today compared to 30-plus years ago has changed. You may chuckle at televisions shows and comedians who make light of this phenomenon, yet the low self-esteem that this can cause affects many boys and men. Information can help you change and manage this trend.

Causes of Enlargement of Breast Tissue in Men

Man boobs or gynecomastia is the enlargement of breast glandular tissue in men and boys. About 1 out of 2 males experience this physiological phenomenon. A recent study found the highest rates of gynecomastia in males ages 21-30, 31-40, followed by 18-20 year olds. Much lower rates were found in older age groups. Enlargement of the male breast tissue may also occur during infancy and puberty and old age which is often considered “normal” and temporary, or idiopathic.

Several reasons exist for increased breast size in men. Higher estrogen levels from obesity and environmental estrogens, lower testosterone and androgen production, and hormone resistance are some of the more common reasons. Other factors include anabolic steroid and/or marijuana use, medications, other environmental chemicals, obesity, insulin resistance and blood sugar dysregulation, elevated leptin and other underlying concerns. Two essential oils, lavender and tea tree oil can also lead to gynecomastia from excessive exposure or use.

Think about the previous two paragraphs for just a moment. The study above described that the highest rates of enlarged man boobs occurred in ages 18-40. This is also the age range when testosterone levels are at their highest. Genes don’t change, but the amount of xenoestrogens in the environment has. Is this a coincidence? Keep reading.

One study demonstrated that when female animals were exposed to common environmental doses of BPA during pregnancy it affected the male offspring into adulthood. Several tests showed there was a direct correlation with fetal BPA exposure and alterations of the male breast tissue in adulthood.

Low level exposure to BPA during pregnancy increased the likelihood of developing breast cancer in adulthood in animals long after the BPA exposure had stopped. It was found that early prenatal exposure altered breast tissue formation that affected animals into adulthood. Another animal study showed that low-level BPA exposure changed estrogen metabolism and genes leading to developmental changes and increased risk of unusual cellular division in breasts.

Researchers found that children entering puberty with higher levels of phthalates in their blood stream were more likely to have breast enlargement. Expectant mothers, infants, and children are more susceptible to these compounds and must reduce exposure.

In a VA study of men 65 years of age and older, obesity and medication use were common reasons for enlarged breasts. Ninety-two percent of the study participants were using multiple medications associated with breast enlargement as a possible side effect. Medications were considered the cause of the issue in over 79% of the participants.

Medications and Substances Linked to Gynecomastia

Medications known to cause male breast enlargement include:

Detoxification and Testosterone: The Core of Management

The first step in reducing breast enlargement in males is to lose weight. Get leptin hormone levels back in control. Start with following The Leptin Diet. Use blood sugar support such as cinnamon and chromium.

Essential nutrients for detoxification support include indole-3-carbinol (I3C), diindolymethane (DIM), selenium, NAC, r-alpha lipoic acid, chlorella, and glutathione. Additional steps can be taken to reduce exposure and detoxify these compounds in men and women. More information may be found in the article, Endocrine Disruptor Compounds and Natural Solutions.

A long-term perspective starts with family planning and young childhood with avoidance of xenoestrogens as much as possible. Risks start in pregnancy and continue through life with chemical exposure, obesity, leptin resistance, metabolic syndrome and definitely adverse medication effects. In family planning stages, remove plastics, phthalates, BPA and other endocrine disrupting compounds (EDCs) from the home as much as possible. Common sources of toxins include food storage containers, toys, and personal care products. Check your bedroom environment too.

Breast enlargement can cause significant distress in adolescent boys and men. The suffering and shame surrounding this physical entity described as “normal” reflects a problem from numerous challenges as a result of the 21st century. From unborn baby boys to your grandfather, the problem is real. Take charge of choices of personal care items and optimize nutritional support for detoxification to remove this silent challenge.

I3C and DIM – these two natural compounds derived from cruciferous vegetables are well known estrogen detoxification supporting nutrients. If you fail to have broccoli, cauliflower, asparagus, or other cruciferous rich foods in your diet, then supplementation is essential.

Selenium – This trace mineral is vital for several detoxification pathways. Inadequate selenium compromises the function of the master antioxidant and detoxifier, glutathione.