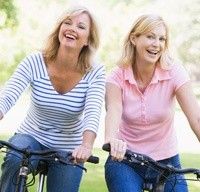 Your body uses the same hormone for multiple purposes, and adiponectin is a case in point. Low adiponectin levels are the major cause of insulin resistance in your liver that results in type 2 diabetes. In your circulatory system and your heart in particular, adiponectin is a primary anti-inflammatory via its ability to inhibit inappropriate macrophage inflammatory signaling.

Your heart contains a normal amount of fat tissue within it called epicardial fat. It is a vital component of your heart’s energy producing and regulating system. As fat tissue it is responsive to adiponectin. A study shows that when circulatory adiponectin levels run low1 then the macrophages within epicardial fat become hyperactive and produce large amounts of inflammatory compounds (IL6 and TNFa), which in turn cause heart wear and tear, heart swelling (hypertrophy), and thereby increases the risk for eventual heart failure.

Adiponectin levels are enhanced by following the Five Rules of the Leptin Diet. As excessively high levels of leptin are lowered, then adiponectin levels tend to rise. This means that if you are overweight, simply getting in a steady weight loss mode will help restore adiponectin, which will get better over time as more weight is lost in a healthy way.