Kidney Stones: The Root Cause 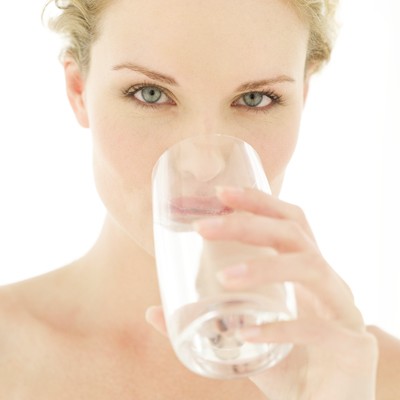 Kidney stones affect about 1 out of 10 Americans and the incidence is on the rise. The process of passing the stone is often described as some of the worst pain an individual has experienced liking it to the pain of childbirth. Diet, hydration and mineral balances are important tools, but research shows us that the gut has a big part in prevention or development of the most common type of kidney stone. Knowing a few pointers can help stop the build-up of crystals that turn into stones.

What Are Kidney Stones?

There are many types of kidney stones. The most common type of stone is calcium oxalate or oxalate stones. Other stone types include struvite (infection), uric acid (gout, dehydration, and high protein), cystine (heredity metabolic disorder). Stones form as crystals in the urine concentrate together. If there is diminished fluid intake, increased loss of fluids from perspiration with athletics, work, saunas and medications or high caffeine intake that leads to dehydration, this can cause crystals to stick together and over time form kidney stones. Stones may also be called urinary tract stones as the stone may develop in the bladder or urethra in addition to the kidney.

Calcium oxalate stones are often blamed upon high intake of oxalate-rich foods. Several healthy foods rich in antioxidants and good nutritional value are foods that contain high amounts of oxalates. These include spinach, bran flakes, rice bran, rhubarb, beets, chocolate, sweet potatoes, nuts and nut butters and in many other fruits and vegetables in lower amounts. Cutting these foods out is a popular practice to reduce oxalate dietary content, but it isn’t the best choice as there are so many benefits from eating these foods as part of a healthy diet. So why does one person develop kidney stones and another doesn’t even though there may be similar diets? There is more to kidney stones than just foods that contain oxalates.

Research shows that dietary changes with reduction of oxalate rich foods is not the most reliable approach for prevention of kidney stones. Rather, the era of research focusing on the gut microbiome has fueled a different solution. In recent years, scientists have identified that individuals who are prone to kidney stones have an absence of a bacterium named Oxalobacter formigenes. This bacteria produces enzymes that help break down oxalates in the gut which prevents crystals from traveling outside the digestive tract and eventually congesting in the kidney or bladder. Think of the bacteria and its enzymes similar to a sink strainer or drain-trap that prevents food particles from going further down the sink and clogging up the plumbing system.

A major reason for the lack of Oxalobacter formigenes in the gut is related with antibiotic use. Individuals who are recurrent stone formers are less likely to have this type of bacterium in the gut. Research shows that antibiotic treatment for H. pylori can lead to persistently reduced levels of O. formigenes. Individuals treated for H. pylori overgrowth were likely to have no O. formigenes even several months after stopping the antibiotic. H. pylori is a common bacteria linked with GERD/heartburn and autoimmune disorders.

Antibiotic types noted as harmful against O. formigenes includes quinolones, macrolides, tetracyclines, and metronidazole. Another study provides more specific information of the names of antibiotics that affect O. formigenes. These include azithromycin, ciprofloxacin, clarithromycin, clindamycin, doxycycline, gentamicin, levofloxacin, metronidazole, and tetracycline. As a side note, another drug, topiramate is also associated with kidney stones. Topiramate is used for seizure disorders and chronic migraines.

There are other reasons for calcium oxalate kidney stone formation. Individuals with bariatric surgery or gastric by-pass are more prone to stone formation. Gastric by-pass also affects the nutrients needed for oxalate management. Patients with inflammatory bowel disease like Crohn’s disease, intestinal surgery or removal of portions of the colon, are more prone to stone formation. In addition, those who have increased intestinal permeability, fat malabsorption, and poor bile acid metabolism are more at risk. These scenarios contribute to the passage of more oxalate crystals released out of the bowel and then getting trapped in the kidneys, bladder, or urethra.

Others may have a deficiency in a liver enzyme called AGT and is related with a type of genetic disease. This is more serious and can lead to severe kidney damage and failure because of the build-up of oxalates. Even in this scenario, a promising treatment approach is probiotic therapy with strains of Bifidobacterium and Lactobacillus.

Research lags on calcium oxalate stone formation in children, however we can still use the principles with hydration, need for minerals to bind onto the oxalates in the gut, and probiotics to absorb the oxalates. Childhood obesity, poor quality diets and leaky gut problems will also need to be addressed just like in adults. Clearly, antibiotic use is a large reason for kidney stones in adults. How many children are treated with antibiotics for a cold, flu, ear aches, and acne and now have a imbalanced gut flora? Add the progression of increased caffeine intake as they get older, lack of hydration, and now they have had one or two kidney stones even with a diet that isn’t predominately oxalate-rich foods.

To blame a diet high in oxalate-rich foods as the sole cause for kidney stones is short-sighted. Research on the gut microbiome has helped expand our understanding on numerous disorders. Gut flora disruption, increased gut permeability, changes in gut structure, and common antibiotic use largely increases the risk of calcium oxalate stone formation.

If you or a family member are "stone formers" or struggle with staying hydrated, have been treated with one or more of the antibiotics listed above even just once, or have some of the other risk factors described then you have a high risk of experiencing the excruciating pain from trying to pass one or more kidney stones. Prevention is the simplest, least expensive, pain-free method. Work on hydration.