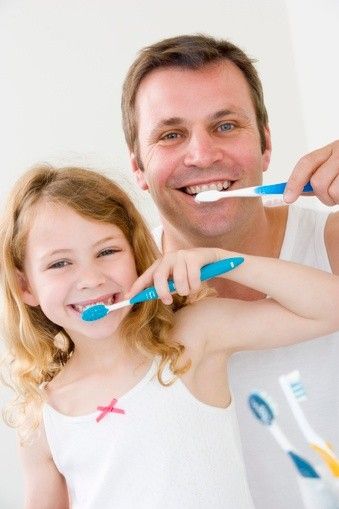 A new study published in Environmental Health Perspectives, one of the most highly respected environmental health publications in the world, found evidence that fluoride is a neurotoxin in children. We have been discussing this health threat for many years and researchers continue to link fluoride exposure to health problems including thyroid disease, cognitive decline, and bone loss.

In this 12-year study with women and children, scientists set out to understand the effect that prenatal exposure to fluoride has on children. The results were alarming. The scientists concluded that for every 0.5mg/L increase in maternal urine fluoride, their offspring had approximately a 3.15 and 2.50 lower GCI and IQ scores, respectively, at ages 4 and 6 - 12.

Fluoride is a toxin that interferes with the actions of iodine, a nutrient vital for proper brain development and intelligence. Fluoride and iodine have similar structures and can both bind to the same receptor sites in the body. Unfortunately, fluoride is bigger and heavier, and if present, will compete with iodine and win the battle.

There have been numerous studies showing the importance of iodine during pregnancy, not only for the role it plays in supporting the thyroid, but specifically for optimal cognitive development of offspring. It is important to understand that there is a window of time for optimal brain development, as neurological development is most influenced by thyroid-dependent iodine in the first half of pregnancy. Unfortunately, if iodine intake is not optimal during this critical time, neurological development may suffer irreversible consequences.

Iodine is often lacking from the typical American diet which is low in fresh, wild-caught seafood. That makes supplementing with iodine while pregnant or breastfeeding important to optimize inherent genetic potential for learning and cognitive ability.

What’s in Your Water?

Make sure you drink only clean drinking water and protect your body from exposure. Reverse osmosis water filtration will remove fluoride and help reduce your exposure. Unfortunately, “activated carbon filters” like Brita and Pur do not remove fluoride. Fluoride filters will only remove about 90% of the fluoride from water.

Also consider iodine supplementation to help protect your family. The quality of iodine will make a huge difference when it comes to optimizing cognitive potential. Iosol iodine, a water soluble and bioactive form of iodine, is the preferred form to use. It is far superior to iodized salt, potassium iodide, or kelp which can build up in the thyroid and cause inflammation. Place 1 drop in a small amount of water and drink daily, prior to and during pregnancy.

Fortunately, there is a nationwide movement to remove fluoride from the water supply. Some communities have been successful in removing fluoride due to public demand. However, the majority of Americans still drink fluoridated water.

This is the scary reality we live in. Take steps to protect yourself and your children from the harmful effects of fluoride. When it comes to the health of your children, no step is too small.