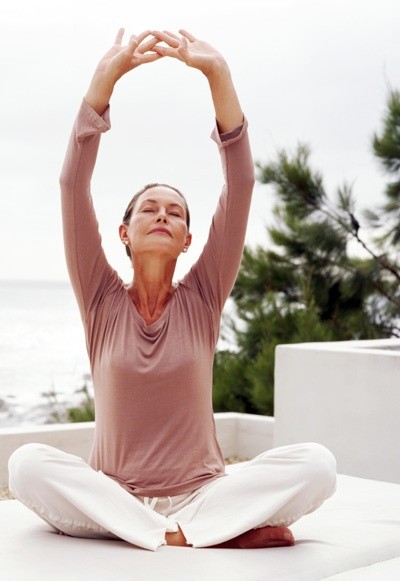 Chronic pain, exhaustion and the loss of health with fibromyalgia knows no boundaries. This was seen with Lady Gaga, who last month confirmed her struggles with fibromyalgia in a new documentary. It may be hard to imagine individuals who are in the spotlight and appear energetic and healthy to have fibromyalgia. The reality is there are millions of individuals who suffer from fibromyalgia (FM) and other similar illnesses (chronic fatigue syndrome, Lyme disease, multiple sclerosis, multiple chemical sensitivity, etc.) who look normal on the outside, but struggle with chronic illness. Many of them get through the day with a brave face only to go home and crash from pain and fatigue. No matter who it affects, the disorder is real. Knowledge about some key things can help those with fibromyalgia improve their quality of life.

The disorder was previously thought to be related to dysfunction with the muscle and surrounding tissues. However, medical research over recent years has shown that it is a central nervous system disorder. It is a disorder of abnormal pain processing within the brain which results in amplified pain known as “central sensitization”. Fibromyalgia is also related with other neurological changes or brain abnormalities, nerve fiber abnormalities/peripheral neuropathy, and neurochemical changes.

Central sensitization occurs as an exaggerated response to stimulus. The result is increased sensitivity to stimulus (such as light touch, massage, or clothing) that would not normally be expected to be painful. High persistent levels of stress cause changes in the autonomic nervous system in some individuals that leads to fibromyalgia.

Fibromyalgia symptoms of brain fog, brain fatigue, and decreased cognitive functions can be difficult and debilitating. Recognition of brain changes with modern medical technology identifies and validates why these symptoms may occur. Most recently, new information published in July 2017 identified changes in brain waves and neurological activity via electroencephalograph activity (EEG).

Other recent EEG studies in fibromyalgia patients demonstrate that parts of the brain that manage pain lack good connections between themselves, like a bridge broken in the road. This compromises the ability to inhibit pain. Other studies have shown loss of gray matter or brain shrinkage in fibromyalgia. These effects may be driven by chemical changes within the brain that provoke oxidative stress and tissue dysfunction.

Two neurochemical compounds altered in fibromyalgia amongst others include the excitatory neurotransmitters glutamate and histamine. A significant study pertaining to fibromyalgia and the neurotransmitter glutamate was just released in the Clinical Journal of Pain in October 2017. In this systematic review, it was confirmed that elevated levels of glutamate are present in several regions in the brain (posterior cingulate gyrus, posterior insula, ventrolateral prefrontal cortex, and amygdala). High glutamate levels were also associated with amplified fibromyalgia symptoms. Those who follow fibromyalgia research may not find this completely new, but the review study confirms just how big of a concern it is. This makes management of elevated glutamate critical for fibromyalgia management.

Glutamate is a powerful excitatory neurotransmitter that is released in the brain by nerve cells and is necessary in small amounts for brain function with learning and memory. However, excess glutamate damages nerve cells. This occurs either because too much is produced or nerve cells are overly sensitized to “normal” amounts. Too much glutamate exposure leads to high levels of reactive oxygen species (ROS) and provokes oxidative, inflammatory stress to the brain. Symptoms of excess glutamate may lead to increased pain, anxiety, restlessness, sleep disturbance, depression, restless legs syndrome, increased itching, poor focus, and other decreased cognitive skills.

There are many reasons for too much glutamate in the brain. Elevated glutamate may result from neurodegenerative diseases, concussions/traumatic brain injuries, stroke, hypoglycemia, and noise stress. Chronic, sustained stress is another reason for elevated glutamate as the stress hormone cortisol triggers a release of glutamate in the brain. Stress refers to anything (physical, mental, or emotional) that upsets the body’s normal homeostatic balance.

Histamine, like glutamate, is another excitatory neurotransmitter that is also released by stress and is elevated in fibromyalgia and chronic fatigue syndrome/myalgic encephalomyelitis patients. Histamine is involved with the immune system, skin, and digestive tract, but it plays a major role with wakefulness, blood pressure, satiety, and numerous other brain functions.

The brain and body contains histamine in immune cells called mast cells. Mast cells release histamine in response to various signals, like an allergen or other immune stressors. A major storage site of mast cells in the brain exists in the thalamus, which is located next to the hypothalamus. This region is the sleep-wake center of the brain.

When mast cells release high levels of histamine in the brain, it signals the hypothalamus which leads to wakefulness, disrupted sleep or insomnia. The release of histamine within the thalamus/hypothalamus is thought to lead to impaired sleep quality seen in fibromyalgia and chronic fatigue syndrome. Histamine release also perpetuates central sensitization or chronic widespread pain as histamine releases substance P and glutamate that causes oxidative stress, wind-up, and chronic tissue irritation.

Some individuals do not process histamine well because of the DAO gene variants. Others may have a diet high in histamine foods that the body cannot handle in significant amounts. Sources of histamine in the diet include fermented beverages and foods like wine, champagne, beer, kombucha, kefir, vinegar, yogurt, cured meats, and vinegar containing foods.

Mast cells are also highly abundant in the skin, which is why histamine release in the skin creates itching. Fibromyalgia patients have been found to have 5-14 times more histamine in their skin than others. Mast cells in the skin provide an immune defense in the skin against outside pathogens.