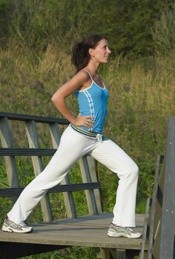 Every person in America is exposed to a wide variety of fat soluble toxins that tend to accumulate in their fat as they get older. Managing your detoxification systems properly as you lose weight is an important determining factor in how much progress you make and whether of not you reach your goal weight. Before I explain the importance of detoxification during weight loss let me first convince you that this problem applies to virtually everyone.

Tracking this data was mandated by law, the funding for which was conveniently cut from the budget by the Reagan administration (unfortunately that administration, like all since, have been pollution friendly). The final reports are now mysteriously missing from the above EPA website, but were reported on rather thoroughly in Alternative Medicine Review. Dioxin and furan levels from this data were specifically analyzed by the American Public Health Association.

This problem appears to be getting much worse as pollution around the globe continues to grow; it is paralleling the rapid global epidemic of obesity. These chemicals accumulate in the food chain in animal, dairy, and fish, which are then consumed by humans. We don’t actually know how bad the exposure is right now, but PBCs last hundreds of years and decompose into even more toxic dioxins and furans (dioxins and furans are also produced as part of industrial pollution today). We do know that a 2007 EPA report shows that farm soil across America is polluted with PCBs and related chemicals.

It is now very clear that when you lose weight toxic PCBs and related compounds are released from stored fat and are in higher levels in your blood. It has been shown they can depress the function of your thyroid. The more weight you lose the more exposure there is.

PCBs are particularly hard on women (as they naturally have a higher percentage of body fat) and have been linked to diabetes risk in women. PCBs also bind to estrogen receptors and can double the risk of breast cancer in premenopausal women and quadruple it in postmenopausal women who are genetically susceptible (up to 17 percent of the Caucasian female population). The NHATS study of human fat samples also showed that common pesticide exposure (but not PCBs) was linked to increased risk for non Hodgkin's lymphoma.


Managing your detoxification systems properly as you lose weight can be an important determining factor in how much progress you make and whether or not you reach your goal weight.

White adipose tissue, where your extra pounds are stored, is in many ways a defense mechanism against excess; it keeps such excesses away from vital organs like your heart, liver, and kidneys. For example, excessive fatty acids are extremely toxic to cells and can easily kill them, which is why they get stored in a safe location in the first place when excess food is consumed.

Toxin excess is a common reason for rapid weight gain, both as a defense mechanism, and because the toxins are crashing metabolism. Individuals can gain 25 – 50 pounds in a year when acute toxin challenges go unmanaged.

Thus, toxins are stuffed into your fat in the first place to get them away from your metabolism. When they are in your circulation they can readily disrupt your metabolism, causing weight gain. Yet, as you lose weight they go back into your circulation. You must effectively clear them or you will feel crummy, fatigued, irritable, and/or simply not lose any weight.

Sometimes you will have no trouble losing weight for a while, and then hit a toxic layer of fat. Although you don’t change your diet or exercise (you possibly experience a bit more stress), you now find yourself in a toxic slow down. Your weight loss will stop or you will start gaining weight as your body now holds water in an effort to dilute the poisons. If you get frustrated you’ll start eating more, which will actually make you feel much better, since the toxins will be packaged back up into fat and sent back to storage. Of course, you won’t feel much better next time you look at the scale.

Some individuals have a baseline of being too toxic with clogged plumbing as they try to embark upon weight loss efforts. Weight loss under such circumstances is difficult and such individuals need to start out not only by improving diet quality, following the Leptin Diet, and doing moderate exercise, but also by focusing on their personal detoxification needs.


1) Food in excess, whether it contains toxins or not, is toxic to your body. Too much protein produces too much ammonia. Too much fat clogs vital functions, and directly kills cells. Too much sugar caramelizes and cements cells. The same food that is your friend can also be your enemy when consumed in excess. Eat to live, don’t live to eat.

2) Reduce or eliminate nonorganic foods. Almost all pesticides on produce are fat soluble toxins and you need as few as possible coming into your body from the food you are eating. At the same time you need fresh fruit, vegetables, and moderate whole grains so you get enough dietary fiber to help clear toxins from your GI tract.

3) Eat more fresh food. Packaged foods often use ingredients that are two or more growing seasons old and have a much higher likelihood of containing fat soluble mold-derived mycotoxins. Prepared convenience meals contain some of the lowest quality food ingredients possible. Learn to love your raw and lightly steamed/cooked vegetables. Take the time to prepare real food for yourself and your family. Food is part of family and culture. Flavor and freshness are your friends, excess salt, fat, and sugar are not.

4) If you really struggle with toxins you may need to reduce dairy, meat, eggs, salmon, tuna, other toxic fish, etc. Tip: Use extra lemons when eating any fatty fish – the citric acid in lemons helps chelate toxins including mercury and PCBs. Eating organically raised produce or fish from clean waters is likely to have less chemicals, including PCBs.

5) You must eat while you are losing weight so don’t get too paranoid about toxins in food. Try eliminating only one category of food (like dairy or red meat) if you are stuck and just can’t seem to make progress even though you are doing everything else right. In general it’s a numbers game; eat better quality food, especially if weight loss progress slows. Your body can readily handle a certain amount of toxicity. The issue is important, so pay attention.

For more information on how your detoxification systems work and other options that may be of help, go to the Detoxification health page.*