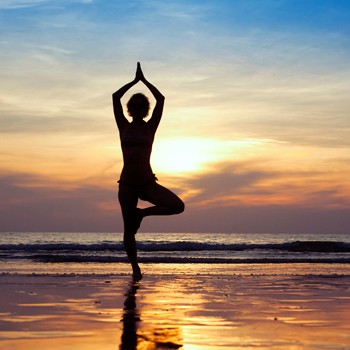 Alzheimer’s is a devastating, heartbreaking disease that currently affects more than 5.7 million Americans over 65. By 2050, it is projected to be 14 million individuals. The Alzheimer’s Association statistics show that in 2018, Alzheimer’s and other dementias will cost the nation $277 billion. By 2050, the estimated cost is $1.1 trillion. Alzheimer’s disease is a concern for generations to come, not just baby boomers.

Research now shows that chronic elevation of the stress hormone cortisol is a predictable risk factor for Alzheimer’s disease years before the disease occurs. Chronic stress is a major twenty-first century concern for all ages and it means that all of us need to be proactive. Fortunately, there are things you can do now to protect your brain.

A recent study delved into the question – does cortisol dysregulation precede Alzheimer’s disease? It has been a question asked previously, but this study provides information that showed that cortisol levels can predict risk and onset of Alzheimer’s disease years before the disease starts.

Researchers used the Baltimore Longitudinal Study of Aging wherein 1025 patients were monitored over an average of 10½ years. Participants submitted several urine samples that evaluated the amount of cortisol in a 24-hour period. After multiple analyses, their findings showed that long-term high cortisol or even sporadic high levels of cortisol increased the risk for Alzheimer’s disease. There was no dementia or cognitive impairment present in any of the participants throughout the study when the samples were collected. It did not matter if individuals had the Alzheimer’s gene APOE e4.

Researchers were able to predict an increase in Alzheimer’s disease an average of six years before disease onset in those with dysregulated, increased cortisol levels. The study concluded that cortisol dysregulation may modulate pathology or be a preclinical marker of Alzheimer’s disease.

Cortisol is a necessary hormone produced by the adrenal glands in response to stress as directed by the hypothalamic-pituitary-adrenal (HPA) axis. It is needed to manage energy, blood sugar, electrolytes, neurotransmitters, inflammation, heart rate and so much more. When a stressful event occurs, cortisol rises to help the body respond. However, once the stress is over, cortisol should bounce back to its normal baseline level.

Concerns happen when there is dysregulation of cortisol. In the brain, cortisol dysregulation, especially too much at the wrong time has been linked with impaired cognitive skills, impaired memory, and atrophy of the brain, especially the hippocampus. Dysregulated cortisol is also entwined with metabolic stress, diabetes, obesity, and insulin resistance and contributes to the stress on the hippocampus and HPA axis.

The hippocampus is the memory center of the brain and has many receptors for the glucorticoids and cortisol. The hippocampus talks to the hypothalamic-pituitary axis (HPA axis) and is responsible for managing HPA and cortisol signals. When this system is chronically overwhelmed by too many life and dietary, metabolic alarm calls, it becomes dysfunctional.

Oxidative stress and inflammation impact the hippocampus, in essence beating it up. The results are memory and cognitive changes from increased amyloid beta production and tangling of tau or brain tangles which is the pathology of Alzheimer’s disease. Scientists believe that intervention affecting cortisol management, HPA axis and the hippocampus pathways can make a substantial difference in stopping brain inflammation and neurodegeneration that leads to Alzheimer’s disease.

Stress is not just an adult problem. Children are also affected and high stress may lead to long-term risks. Science has found that early life stress can dysregulate the normal physiology between the HPA, cortisol and the nervous system, which can put children at higher risk of Alzheimer’s disease later in life. Animal studies show that early life stress “rewires” the brain making the brain more prone to neurological inflammation, oxidative stress and dysregulation of the HPA and hippocampus axis into adulthood. Animal studies even show that maternal deprivation, which is the removal of the mother from the offspring, can affect the brain’s wiring and stress adaptation mechanisms for life.

Signs of Stress and Cortisol Imbalance

How do you know if you have a stress-cortisol problem? There are several clues that may indicate that your body and brain are out of balance with cortisol. These include insulin resistance, diabetes, or prediabetes, belly fat, decreased work performance, trouble waking up in the morning, getting a second wind at 10PM or feeling like things have finally kicked into gear when you should be going to bed. Other factors may be repeatedly forgetting where you put the car keys, walking into a room and forgetting what you were supposed to get. It might be irritability, grumpiness, or snapping at the slightest thing.

It might be signs of brain fatigue seen as trouble learning new things, harder to process information, getting lost with directions, or more easily falling asleep with mental tasks. A diagnosis of major depression or anxiety may also relate to dysregulation in stress tolerance, cortisol and the brain. Many of these symptoms are daily occurrences or considered benign nuisances, but look at how you have changed over the years. Are there more signs of these things compared to five, ten, or twenty years ago?

You can also get cortisol levels measured with blood, saliva or urine. If your total cortisol measurements are high in a 24-hour period or if the rhythm of hormone output is skewed, then your brain-adrenal stress rhythm is off. This pattern doesn’t change after just a few days of stress. It changes when it has been under chronic stress. It reflects maladaptation to stress. Even if you can power through the day and get the endless to-do list taken care of, these signs tell you that your brain-adrenal connection is stressed. Care today is essential for aging well tomorrow.

Nutritional support, physical activity and exercise, rest and pleasurable activities are at the core of any healthy routine and lifestyle. Underlying diabetes or weight management concerns must be dealt to remove metabolic stress on the brain.  Any stress coping techniques like stretching, prayer, meditation, bodywork, being in nature, music, or other enjoyable activities need to be part of daily routines. There is a centuries-old saying, “all work and no play, makes Jack a dull boy”. In the context of high stress and cortisol and helping the brain age well, we need to play. When was the last time you had fun and were able to play? Chances are you felt mentally and physically rejuvenated afterwards. Nourish your brain today and every day!