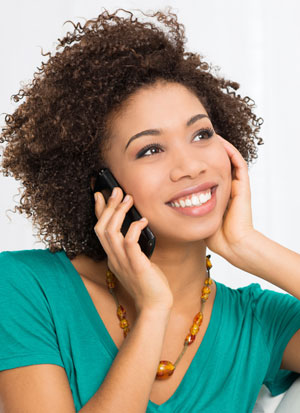 Research in the last few years has brought a new revelation regarding the safety of EMF exposure like MRI scans, cell phones, Wi-Fi and its affect on dental amalgam fillings. Increasing exposure to electrical devices and EMFs over the recent decades has led to the study of mercury “microleakage” as a result of silver dental fillings exposed to common electromagnetic fields or EMFs.

New science demonstrates that mercury-dental amalgam fillings leach out micro-levels of mercury when exposed to EMFs and challenges the notion that EMFs and dental amalgam fillings are harmless. The results are prompting a call for more studies. Because EMFs are a part of everyday life, you need to be aware of some of these recent findings. More importantly, it is necessary to know how to prevent and counteract the effects on the body.


Research published in 2008 evaluated the effects of MRI and cell phone exposure in non-pregnant college students and dental amalgam fillings. The students had not used a mobile phone before the study and did not have amalgam fillings. Half of the students then received dental work with amalgam fillings. Mercury levels were measured prior to the dental work and then measured again several times days after the fillings were placed combined with cell phone usage and MRI exposure. The control group which did not have a dental filling placed was evaluated in the same manner. The findings of the study demonstrated that MRI and mobile phone EMF exposure significantly released mercury from dental amalgam/silver fillings compared to the control group.

The growing demand for electricity, technological advancements, and personal use of wireless technologies has led to a growing concern about possible health effects by the World Health Organization. EMFs are produced with the motion of electrons. They are generated by all electronic devices including wireless technologies like Wi-Fi, mobile phones and cordless phones, laptop computers, microwave ovens and power lines. Medical exposures like MRIs and X-rays are also included.

A 2014 study evaluated high-field MRI, 1.5T exposure and mercury release from silver dental fillings. A 1.5T MRI has a stronger magnetic field due to its higher definition of imaging and is in common use at larger medical centers. Scientists studied two groups of students with identical tooth decay patterns that required similar dental restoration. Both groups underwent dental repair with amalgam fillings. One group underwent a conventional MRI, 1.5T without contrast. The other group had no MRI exposure. The students who had MRI exposure with the fillings had increase mercury levels in their urine for three days after the MRI whereas the other group had decreased levels of mercury in their urine. These findings provided evidence that MRI exposure caused a higher level of mercury to be released from their silver dental fillings.


The Journal of Biomedical Physics & Engineering published a study in March 2016 that introduced a hypothesis pertaining to the effects of mercury from dental amalgam fillings and electromagnetic fields (EMFs) and autism. The authors of this article completed research at the Ionizing and Non-ionizing Radiation Protection Research Center (INIRPRC), Shiraz University of Medical Sciences (SUMS), Shiraz, Iran. They have performed extensive experiments on the health effects of exposure of animal models and humans to different sources of electromagnetic fields such as cellular phones, mobile base stations, mobile phone jammers, laptop computers, radars, dentistry cavitrons, and MRI. They have found strong association between EMFs from these various devices and the increased release of mercury vapors from dental amalgam fillings.

Dental amalgam or silver fillings are approximately 50 percent elemental mercury. The population seen most affected by this very low level of exposure are maternal exposures. The EMF exposure appears to cause microleakage of mercury from the dental amalgams which are released into circulation. Women who are pregnant transfer this mercury exposure to the unborn child through the umbilical cord. Their hypothesis is that expecting mothers with dental amalgam (silver) fillings exposed to EMF fields may cause elevated levels of mercury and possibly trigger the increase in autism rates. The scientific recommendation at this time is for pregnant women to limit exposure to EMF fields.


A July 2016 study examined the effects of Wi-Fi devices on mercury release from dental amalgam fillings. Scientists exposed extracted human teeth with amalgam fillings in artificial saliva to a Wi-Fi router at 30 centimeters and a laptop that was 20 meters away from the router. The study results demonstrated a statistically significant increase in mercury release, double of what the control group had without Wi-Fi exposure. Their conclusion was that “exposure of patients with amalgam restoration to radiofrequency radiation emitted from the conventional Wi-Fi devices can increase mercury release from amalgam restorations.”


Organic, elemental mercury or methylmercury exposure is a physiology game changer on very subtle levels for the central nervous system and the endocrine system. These subtle exposures often occur with such innocuous, low level exposures that one fails to see the shifting patterns. It is like watching the bank of a river ebb away very slowly from the river stream. It creates severe cellular free radical stress and adversely affects mitochondria function. It puts a great strain on the nervous system.