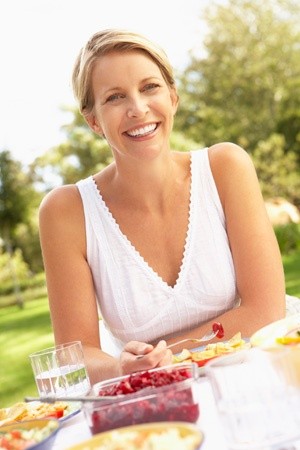 “Progressive brain changes in patients with Chronic Fatigue Syndrome” was the title of a recent journal article. These are words that no one who suffers from Chronic Fatigue Syndrome/Myalgic Encephalomyelitis (CFS/ME) ever wants to hear. At the same time, the words capture the inner confirmation of what many who struggle with this complex illness already sense and know – their brain is not working right and they struggle with obtaining long-term relief. This study and others confirm definite brain challenges in CFS/ME. The question is what steps can be taken to help stabilize and restore health in this very challenging illness?


In the November 2016 study cited above, scientists evaluated a small group of 15 patients with CFS and compared them with 10 healthy individuals. High-field 1.5 Tesla MRI scanners were used to provide MRI scans. Individuals were given an MRI scan of their brain and then repeated six years later. White matter, gray matter, and signal intensities, etc. were statistically evaluated compared with normal controls. History and symptoms were also documented over the course of this 6 year study.

The study found decreased white matter volume in the left arcuate fasciculus/IFOF in CFS patients. This area of the brain connects networks of cognitive control, attention, language process, and working memory. Evidence suggests that poor concentration, loss of working memory, poor vision focus, and impaired coordination may be related to the changes in IFOF.

The reason behind the change in the IFOF may be related to decreased blood flow and decreased oxygenation in these brain regions. This is worrisome as scientists believe that chronic poor blood flow and decreased oxygenation that results in white matter brain atrophy may lead to neurodegeneration as seen in other neurological disorders. Other studies have found evidence of loss of gray matter or brain atrophy in various parts of the brain in CFS patients. We know from other previous studies that brain inflammation is present in CFS/ME. Clearly, something is going on.

Scientists recently identified seventeen different SNPs associated with two different major types of acetylcholine receptor sites in CFS. Acetylcholine is a neurotransmitter and a neuromodulator. It helps nerve networks function and is involved with blood vessels and blood flow. It is suspected that the acetylcholine gene SNPs may lead to the decreased blood flow and chronic functional hypoxia or subtle lack of oxygen in the brain, and eventually the white matter atrophy and the disease progression of CFS.

A previous article I wrote, Choline Helps POTS, Chronic Fatigue Syndrome, and Autoimmune Disorders, discussed findings pertaining to choline, but the recent identification of the 17 SNPs substantially expands the understanding of impaired choline function in CFS. Another recent study by the same main group of authors continues in this same vein of thought, but expanded acetylcholine gene SNPs to include natural killer cells and ion channels. Ion channels act like a gate in cell membranes which manage the movement and function of electrical charges or ions across the cell membrane and regulate cell volume. A small but growing body of science has identified ion channelopathies or dysfunction that may contribute to CFS/ME pathology and other illness.


Researchers founds that acetycholine gene SNPs changed natural killer cell function and disrupt ion channels that impairs the exchange and balance of ions in cells which leads to the pathology of CFS/ME. Research confirmed 30 years ago, that CFS patients have been known to have low natural killer cells and a loss of their function. The expansion of knowledge gives another piece to the puzzle and connection.

One can compare this type of compromised function similar to an electrical power disruption, broken plumbing, and inaccessible phone lines in your home. Communications would be down. Basic cellular function and networking, movement of electricity/nutrients in and out of cells, and invaders/germ management or immune system surveillance would be compromised from poor blood flow, brain atrophy, acetylcholine SNPs, disrupted natural killer cell function, and impaired ion channels – a major problem akin to the severity and complexity of CFS/ME.

Individuals with CFS struggle to get through the day, yet research takes years or even decades to put the pieces to together. We can take elements of these studies and make educated choices in how to protect the brain as much as possible in these circumstances and with the current information. It is essential to have a game plan to help prevent and healthfully manage brain inflammation, brain atrophy, acetylcholine SNPs, loss of natural killer cell numbers and function amongst the myriad of other concerns that can occur with CFS/ME.


Evidence found in these studies strongly suggest that acetylcholine dysfunction is a significant issue as genetic SNPs can alter nutritional requirements. Dosage needs may increase double, ten, 20, 50, or higher than someone who doesn’t have genetic SNPs or the RDA. Thus, I would consider it imperative to use nutritional support to help acetylcholine production and function.


If you have CFS/ME and a study says that brain atrophy has been identified, the findings do not mean that brain shrinkage is inevitable for you. Indeed, the findings are valid and provide great insight and validation into the complex, debilitating nature of CFS/ME. It does, however, mean that you have to be as proactive as you possibly can. This is easier said than done for many due to the overwhelming level of dysfunction from the illness and its impact in numerous dimensions of life. Do something to support acetylcholine, brain inflammation reduction, and improve blood flow as this provides a great opportunity to create a positive change. It creates a butterfly effect on your health journey of a thousand steps. What is your butterfly effect?

Stress, Panic and Self Care

Vitamin A – An Essential Nutrient for Immune, Respiratory, and Gut Health