BPA Linked to PCOS in Women 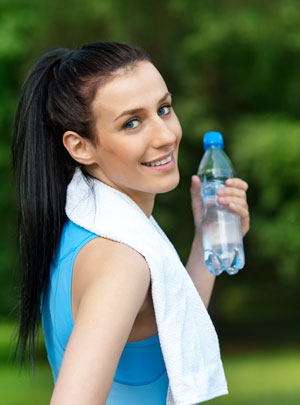 Bisphenol A, or BPA, is one of the world’s most widespread synthetic compounds. It is found in food and drink packaging, plastic consumer products, paper receipts, toys, dental sealants, CDs and DVDs; it’s everywhere.

Since most manufacturers line their food and beverage containers with BPA, it is virtually impossible to avoid for those who follow the typical American diet. The fact that the harmful effects of BPA are now well documented in scientific and medical literature makes the continuing ubiquitous nature of this chemical even worse.

What’s the problem with BPA? The science shows that this compound acts as synthetic estrogen and an endocrine-disrupting chemical. This effect can cause widespread damage throughout the body. Hormone disruptors are chemicals that interfere with the production, release, transport, metabolism or elimination of the body’s natural hormones. One of the most notable issues associated with the hormone disruptor BPA is the female health concern, polycystic ovarian syndrome, PCOS.


PCOS is the leading cause of infertility in women and one of the most common hormonal imbalance issues affecting women today. An alarming estimate is that somewhere between 5 percent to 20 percent of women of childbearing age are affected by PCOS. Unfortunately, many women are not properly diagnosed, leaving them with no idea as to what’s causing their underlying symptoms.

PCOS is named for the growth of many small cysts on the ovaries. It often begins in teenage girls shortly after they have started their periods, but can also develop later in a woman’s life. The most common symptoms are severe adolescent or adult onset acne, weight gain and trouble losing weight, irregular periods, prolonged periods with either light or heavy bleeding, and extra facial or chin hair, or hair on the chest, belly and back. There may also be hair loss, fertility problems, oily skin, small breast size, and depression.

Female hormones and their corresponding endocrine system are very complex. PCOS can develop for a number of different reasons, including genetic predisposition, poor diet, high stress levels, high insulin levels as well as increased inflammation. However, recent research has been looking into how hormone disrupting chemicals, like BPA, play a role in PCOS.

A September 2016 study analyzed the metabolic and hormonal effects of women with high BPA exposure and a PCOS diagnosis. When compared to a control group of healthy women, the BPA-exposed PCOS women, had higher blood serum BPA levels and increased triglyceride and cholesterol levels. Additionally, altered hormone levels were observed in the BPA exposed women including an increase in the ratio of two important female fertility hormones, lutenizing hormone (LH) and follicle stimulating hormone (FSH), as well as lowered thyroid stimulating hormone (TSH). These observations confirm the potential role of BPA in PCOS pathophysiology.

Prior studies have supported this evidence by linking BPA exposure in women to increased androgen, or male hormone levels. This was another key factor in women diagnosed with PCOS.
Possibly the most alarming finding is that BPA exposure in utero could predispose offspring for PCOS development later on in life. One study analyzed pregnant rats who were injected daily with high doses of BPA. The results showed that neonatal exposure to BPA was associated with increased testosterone and estradiol levels and decreased progesterone levels in the offspring. Depending on the level of BPA dosage in utero, offspring showed varying ovarian morphology, including multiple cysts on the ovaries, reduced fertility and even infertility. Although this study was performed on rats, the results do have the potential to link neonatal exposure of BPA with future development of polycystic ovarian syndrome.


Although it is impossible to completely avoid toxic BPA, doing things like reducing the use of BPA lined canned goods, using glass containers to store food instead of plastic wrap, and using BPA free baby bottles are just a few simple ways to reduce exposure.

Obviously, if you do suffer from PCOS, avoiding endocrine disrupting chemicals like BPA is a must. Other lifestyle changes like reducing stress levels, incorporating exercise, eating a balanced diet rich in fruits in vegetables can also help.

There’s no doubt about it, we live in a toxic world. By becoming more aware of potential toxic exposures and supporting your body’s detoxification pathways you will better avoid the negative repercussions associated with such chemicals. After all, your health and the health of future generations depends on it!

Optimizing Your Nutrition for Reproductive Health

Summertime Nutritional Tips for Sun, Fun, and the Bumps that Go With Them

Cartilage and Brain Health Linked with Mitochondria and Circadian Rhythm