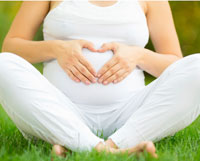 It was surprising enough when fat was found making various hormones like leptin and adiponectin and thus became an endocrine organ (hormone secreting). It is now time to add bones to the list of endocrine organs that have a major influence on the metabolism of calories. The new discoveries have immediate implications for improved bone health, improved blood sugar levels, and weight management.

In August researchers made a major discovery and were able to prove that osteocalcin acted as a hormone communicating directly to the pancreas and to stored fat. The researchers found that osteocalcin-deficient mice became obese and diabetic – even on a normal diet. Conversely, when the osteocalcin levels were high then blood sugar levels were normal2 and the mice did not gain weight even when overeating.

This research is the first to point out that osteocalcin is required for normal insulin function for a variety of reasons. In the obese situation, fat cells make too much leptin and consequently the high leptin depresses adiponectin. Adiponectin is needed to make insulin work properly and prevent insulin resistance. As it turns out, osteocalcin directly stimulates the production of adiponectin in fat cells and insulin in the pancreas. In turn, adiponectin then stimulates osteoblasts to make osteocalcin – a mutually supportive network that promotes health. This means that bones are a major player in blood sugar metabolism and proper bone health is needed to prevent diabetes.

On the flip side, as blood sugar rises and caramelization damage begins to build up (advanced glycation end products or AGES), then osteoblast function is clogged and osteocalcin in reduced3, leading directly to worsening health.

This new relationship between bones, stored fat, and the pancreas is an important link in preventing diabetes and solving the problem in those who have it. This is because once a problem is in motion all aspects of the problem make each other worse (bone health, obesity, and blood sugar). On the other hand, boosting bone health has a direct benefit to glucose metabolism. Improving glucose metabolism by following the Leptin Diet and consistently exercising has a direct benefit to boosting bones. Dietary supplements that support a specific topic such as bone health, blood sugar metabolism, or weight management are likely to be helpful for all three topics. Fascinating to say the least.