Body Clocks and Weight Management – It’s All About Timing 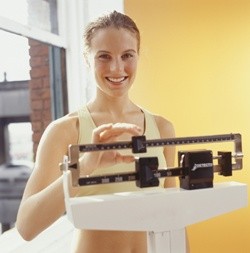 Over the past few decades, researchers have debated on diets and have tried to prove which type of diet works best for weight loss and weight management. It has become more evident in the last several months, that timing of eating and metabolic timing is just as important as quantity and quality of foods for healthy weight management.

These findings are based on one of the most influential discoveries relevant for the study of metabolism. This is the presence of an active circadian clock in organ systems and the influence on them by food intake. The specific organs that are known to be affected are the stomach, intestine, pancreas, liver and the adipose tissue. The authors concluded that the timing of food consumption, especially high-energy (calorie) meals may be a decisive factor for adipose genes to either accumulate fat or to mobilize fat.

Circadian rhythm, or the effect of day/night cycles, has been under intense study over the last decade. It originates in a part of the brain called the suprachiasmatic nucleus (SCN), which is part of the hypothalamus found in the limbic system of the brain. The limbic system is the “old brain” that performs basic survival and instinctual activities. The SCN is the conductor for the circadian rhythm and coordinates molecular circadian rhythms in the rest of the body. It is the command clock, but it also manages the other little clocks in the rest of the body that control the circadian genes and rhythm lending to proper timing of metabolism.

Research also shows that disrupted circadian genes can influence the levels of plasma glucose and insulin resistance in mice. The mice that have these altered circadian genes show altered patterns of food intake and develop problems with metabolic syndrome including fatty liver disease, elevated leptin and blood sugar, and low insulin.

At least 10-30% of the human genome is under the control of circadian molecular clocks. Scientists have implied that most behavioral, physiological, and biochemical variables show circadian rhythms in their function. When these internal circadian rhythms are disrupted, it is called chronodisruption. The SCN’s rhythmic beat shifted. Common life examples that can contribute to chronodisruption may be jet lag, shift work, light exposure at night or the use of night lights, TV or electronics that emits light in the bedroom when sleeping, etc. Artificial light has been shown to decrease circadian rhythm signal intensity. This means ambient light in the bedroom while sleeping can down-regulate the circadian signals. In the last century and a half, mankind has gone through a massive change in environmental cues to light to the point of basically being plugged in 24/7. This artificial light permits activity and food intake to occur during the night time hours and extends activity into the late night, dim light hours. So not only do we have artificial light that can decrease circadian rhythm signals, but we also have the behaviors of eating and activity during the artificial light that may contribute to reduced circadian rhythm balance. Researchers suspect that this environmental factor of electricity and other sources of light may contribute to a link of global urbanization and obesity by disrupting the vibrancy and health of the body’s internal clocks.

In fact, research released just in the last few days, demonstrates the aberrant dim light exposure at night alters metabolism, increases body mass, and disrupts core body temperature. The researchers described the effects in an animal study showing that dim ambient light shifted the internal clocks and proceeded to deregulate body temperature rhythm and decreased fat metabolism while creating fatigue. That certainly doesn’t sound helpful. But how many humans have this same scenario? The LED alarm clock by the bed, the TV, Smart Phone, or battery charging station with power light indicator buttons shining in the bedroom all contribute to subtle ambient lighting in the bedroom. Perhaps you sleep with the TV on for background noise or have the moon or street lights shining in the bedroom window. These are additional examples of common ambient light exposure that may be setting up your internal clock for dysfunction. You wonder why your metabolism is off, why you can’t lose weight, and why you feel so sluggish. This simple light exposure may be disrupting your internal clocks.

As researchers study these rhythms, they are seeing that obesity and chronodisruption are highly interconnected and demonstrate an important disturbance of the body’s internal stability and behavioral circadian rhythms. In essence, this means that the more that one’s internal body clock is off, the less efficient one’s own internal order becomes, i.e. signals are off, chaos ensues, and imbalance and inefficiency become the norm. This signal imbalance then throws metabolism into disarray and inefficiency. The end result is disorganization and adverse weight management.

In the largest, most diverse human study to date, under controlled laboratory conditions, researchers found clear cut evidence that altered sleep patterns are associated with weight gain. Sleep deprived adults with late bedtimes had a higher total calorie intake for the day with the majority of the calories consumed later in the day. There was also a higher intake of fat calories later in the day. In this study, men gained more weight than women, and African Americans gained more weight than Caucasians.

Researchers have also performed studies to see if there is a difference between night owls and early birds with respect to the chronobiology and metabolism. Individuals who are “night owls” or who have an “evening chronotype” showed a tendency to have fewer and larger meals later in the day, lower HDL levels, higher BMIs, higher resting heart rates, more stress hormones in their system, and higher levels of sleep apnea. “Morning chronotypes" or the “early birds” had considerable less expression of these risk factors or patterns, resulting in less cardiovascular risk and obesity.

Researchers are finding that it’s all about timing with metabolism. While this article has not delved into circadian rhythm and leptin, that relationship is entwined with this entire topic. You may find highly in-depth information about leptin and rhythms at our online teleseminar.

Timing of meals, internal clocks, sleep, exercise all need a healthy balance. When these are off, things don’t work and get out of balance. Think of how poorly and out of kilter you felt when you were up all night taking care of a sick child or elderly parent, or when you traveled across the country, and woke up the next morning feeling jet lagged. Often times, in these types of situations, one reaches for something extra as “I just need a pick me up,” and this can propel one into eating between meals to gain energy. Perhaps it is the weekend and you slept in, skipped breakfast or had just a light lunch, and then you went to the special event, and Whamo! You fell off your diet and turned into Dr Jekyll - Mr. Hyde. Maybe you have experienced sleeping in a hospital or nursing home, where there is so much ambient light with monitors or bed-checks, and you couldn’t wait to get into your own bed at home because of you felt so out of sync and exhausted. Perhaps you don’t feel like eating in the morning because you just haven’t “kicked into gear,” and you’re a night owl. You eat a poor or small breakfast, like a small yogurt and handful of blueberries or a bowl of cereal, and by the end of the day you are ravenous, searching for food. You find yourself eating foods that you normally would never have eaten if your schedule wasn’t off or if energy had only turned on earlier in the day. How about individuals with a chronic disorder such as fibromyalgia? They often experience severely reversed day-night schedules and subsequently gain weight with the disorder.

Experiencing altered sleep-wake cycles, dim ambient lighting in the bedroom, sleep deprivation, consuming the highest calorie meal later in the day, and for some, exercising later in the day is an obvious strain on your internal clocks. It is stacking the deck against the brain’s master conductor of circadian rhythms. It is like a metronome with a dying battery. It doesn’t work. The ability to generate the beat, pulse or rhythm in the body is derailed.

The Leptin Diet sets forth five simple rules supporting healthy chronobiological activity. It is vital to put this as a backbone of your dietary lifestyle. The old adage, “Eat breakfast like a king, lunch like a prince, and dinner like a pauper” stands up to the test of research. Then there is “early to bed, early to rise, makes a man healthy, wealthy and wise” adage. Obviously we live in a society that places demands on ourselves with schedules, etc., but we have choices to make. Work at removing exposures to ambient light sources in the bedroom. Do what you can to improve your daily rhythms with sleep and wake cycles. Those who work shift work or travel will have to optimize other areas of life with timing of food and physical activity. Have at least a third of your total calories at breakfast with adequate protein and good fat.

For those who have major problems with sleep disruption or altered circadian rhythms, consider using nutritional support such as melatonin, phosphatidyl serine for supporting healthy brain plasticity, healthy methylation function using nutrients such as methylcobamin, methylated folate, and coenzyme B6 that can help support healthy circadian function and sleep. While we can’t change the 21st century and all its technology, we can hopefully change the timing of our behaviors and get our clocks back on track.