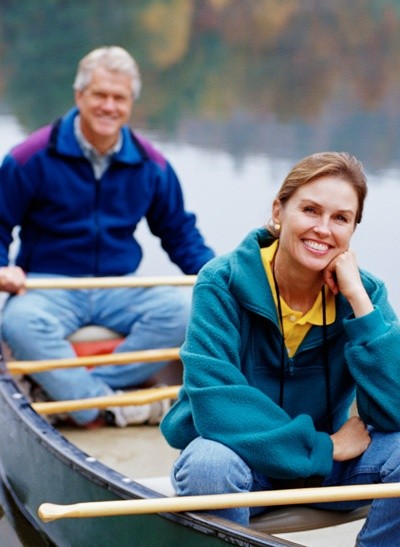 Astaxanthin is a unique antioxidant with properties that enable it to provide protection throughout the entire cell membrane, defending both water-soluble and fat-soluble membrane components. It also shields internal membranes of cell components, such as the mitochondrial membranes, including those in your brain.

Dietary supplements of astaxanthin are extracted from the green algae Haematococcus pluvialis, which is the largest producer of astaxanthin in nature. Algae uses astaxanthin to protect against UV-radiation. Astaxanthin is red in color. You consume small amounts of it in seafood such as salmon, red seabream, shrimp, lobster, crab, and trout. Your body cannot produce its own astaxanthin and you do not metabolize it to vitamin A.

Once consumed it is absorbed like many other lipids, via uptake from the digestive tract within chylomicrons. It is then transported to the liver and packaged onto LDL and HDL cholesterol, and transported to body tissues.

While on board LDL and HDL, astaxanthin provides superior antioxidant protection for these important substances that need to function properly for cardiovascular health. Your red blood cells also like astaxanthin. A double-blind randomized control trial with healthy people ages 50-69 found that doses of either 6 mg or 12 mg per day significantly supported healthy red blood cells.

This is important because your red blood cells have limited repair capacity and are new every four to six weeks. If you can keep them healthier during their life cycle then they will carry oxygen more efficiently to your body tissues, helping your energy level.

Another study with healthy men found that astaxanthin helped their blood flow easier, in essence making it less sticky. A comprehensive review of astaxanthin’s antioxidant properties in support of cardiovascular health has recently been published.

Triglycerides (fat blobs) begin to elevate as a person loses metabolic fitness. The ratio of triglycerides to HDL should not be more than 2 to 1. As triglycerides go up and HDL goes down, fat in the blood clogs circulation. Plus, HDL's ability to help remove that fat declines. This a recipe for poor cardiovascular function and increased risk for type 2 diabetes.

A study with individuals at the beginning of this downward spiral who were not yet obese but had elevated triglycerides and low adiponectin were given 6 mg, 12 mg, or 18 mg of astaxanthin for 12 weeks. Any of these doses of astaxanthin boosted the protective HDL cholesterol. Doses of 12 mg or 18 mg lowered triglycerides as well as boosted blood levels of adiponectin to normal.

Another recent study shows that astaxanthin turns on genes in the liver that help to metabolize fat and clear out the buildup of fat in liver cells.

In a study using 4 mg of astaxanthin for six months with healthy young men ages 17 -19, it was found that astaxanthin reduced oxidative stress associated with strength and aerobic exercise. Several studies with elite soccer players used astaxanthin for 90 days and then tested their antioxidant capacity following a two hour strenuous workout. Both studies showed significantly better antioxidant status in the astaxanthin groups compared to controls, with less muscle tissue damage. Astaxanthin has also been shown to enhance the power output of competitive cyclists (who took 4 mg per day).

The metabolic stress of a diet high in junk fat and sugar can suppress the ability of immune cells to engulf infection, making an individual more susceptible to acute infections and ongoing sub-clinical infections that inhabit the sinuses and digestive tract and further wreak havoc with metabolism. Researchers found that astaxanthin can offset the immune stress of excess fat and sugar, while preserving immune ability of neutrophils and lymphocytes. Indeed, astaxanthin maintains better immune cell ability even if there is no dietary stress.

Exercise can also suppress the immune system and elevate portions of the immune system that are too inflammatory. Many people are already in such inflammatory states even prior to trying to exercise, as reflected by allergies, asthma, and allergic-type conditions. This means their general immune troops are less efficient and their predisposition to malfunctioning immunity that contributes to inflammation is higher.

Studies with astaxanthin show that it boosts the total number of germ fighting cells while shifting the population of immune cells away from the inappropriate inflammatory patterns (more T-helper1 and less T-helper2 cells). This type of immune benefit not only conditions the immune system to work more efficiently, but it also helps prevent immune stress from exercise.

This collection of studies shows that astaxanthin antioxidant properties can help guide metabolism in the proper direction as well as help offset the free radical damage associated with being overweight and with performing exercise. This makes it an excellent tool to assist overweight people onto a better path of health recovery. It is also a great tool for individuals who exercise at a high level and require higher antioxidant intake for best results.

The ability to get a good response from exercise conditions your genes to function in a healthier way. Many people are handicapped in their response to exercise, which limits its benefits. Successfully using antioxidants and other nutrients to enhance exercise is a vital use of nutrition for well-being and anti-aging purposes – not to mention helping to correct poor metabolic states of health. Astaxanthin is a nutritional tool that can help.

In this article, I focused on astaxanthin as an antioxidant and its application to improve metabolism, cardiovascular fitness, and efficient immunity. Since improved antioxidant status is a general theme of good health, it is logical to expect that any good antioxidant would be able to assist many health issues. This is certainly the case with astaxanthin, which also enjoys a plethora of human studies to help demonstrate its usefulness.