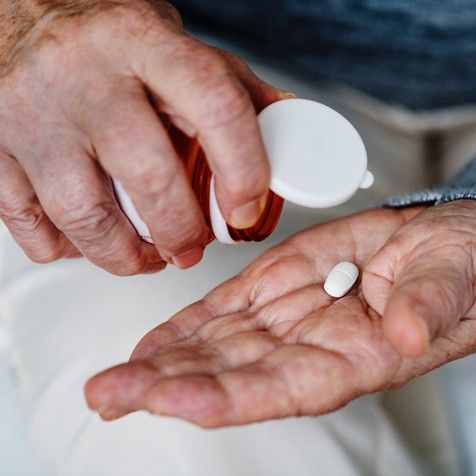 The New England Journal of Medicine (NEJM) published major findings pertaining to aspirin this past week. While aspirin is often touted as a miracle drug or “an aspirin a day keeps the doctor away”, aspirin intake is not without harm. The results of these studies along with others have turned the medical establishment thinking on aspirin upside down. No longer is it the best go-to drug for prevention.

Results of the Recent ASPREE Trial

Results of the long-awaited ASPREE trial (Aspirin in Reducing Events in the Elderly) were published by the NEJM on September 16, 2018. Results were available in three different articles evaluating all-cause mortality, disability free survival, and cardiovascular events and bleeding. The randomized studies evaluated 19,114 individuals with the average age of 74 years. Half of the group received 100mg of daily aspirin; the other half of the group received none. A baby aspirin is 81mg.

Findings included that all-cause death, dementia and physical disability was higher in those with aspirin use (21.5 events per 1000 person years) compared to the placebo group (21.2 events per 1000 person years). More notably, there was major hemorrhage or bleeding events, brain bleeds, GI bleeds, increased cancer, increased cardiovascular disease, heart attack, stroke, and heart failure, and increased death in healthy elderly who used aspirin. Aspirin did not provide the benefits that they were hoping for. Rather, aspirin intake in the healthy elderly led to drug-induced loss of health.

This is not the first major trial to prove that aspirin use may lead to increased risks and worse outcome. According to the American College of Cardiology, other major trials ARRIVE and ASCEND also demonstrated unexpected outcomes with aspirin use. The ARRIVE trial showed that aspirin use in younger individuals with moderate risk of heart disease was not beneficial. In the ASCEND Aspirin Trial, the benefit for heart protection for diabetics was far outweighed by increase in major bleeding.

The compound that we know as acetylsalicylic acid was first chemically synthesized in 1853. It was extracted from white willow bark which been used as a natural pain reliever and anti-inflammatory compound since c3000 – 1500 BC. By 1899, the compound was transformed into what is known today as aspirin and patented by Bayer. In 1950, aspirin was the most frequently sold pain killer. It has since become the drug of choice for prevention.

Aspirin is a drug, not a benign compound. The Lancet reported in 2017 that 3,000 people die each year in the United Kingdome due to long-term aspirin intake and bleeding problems. In addition to its adverse effects on the gut with bleeds, this NSAID also injures mitochondria and the gut lining. It doubles the risk for blindness and macular degeneration. It strips out several nutrients which are vital for hundreds of pathways involving normal metabolic function and physiology. Nutrients lost include iron, vitamin C, zinc, folate and vitamin B12. Often with aspirin use, proton pump inhibitors/acid blocking drugs are recommended to avoid adverse bleeding risks. This creates another layer of drug-induced adverse effects and nutrient loss.

In the aftermath of the NEJM publications release, medical experts still recommend aspirin for those with cardiovascular disease and advise patients to talk with their physicians about what is best. I can remember not all that long ago, aspirin was regarded as some of the safest medication available and was the miracle-go-to drug. Within just a few short years, it appears that is no longer the case.