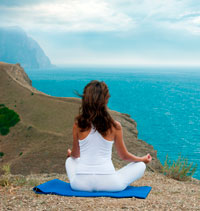 The great majority of negative studies about popular antidepressants such as Prozac, Zoloft, Paxil, and Effexor were never published according to a study in the New England Journal of Medicine, as reported in the New York Times. 37 studies the FDA considered positive were published, whereas only 3 negative studies were published. 33 studies the FDA considered negative or questionable were either not published (22) or published with spin to look positive when they were not (11). This made antidepressant studies appear 96% positive in the literature, when in fact the studies were only 51% positive.

Now that all the money has been made on these drugs, which will soon be generics, the truth of the matter is finally coming to view. Antidepressants are far more dangerous and unlikely to work than is promoted to doctors and patients by the Big Pharma machine. The problem of not reporting negative studies plagues virtually all drugs. Consumer beware.