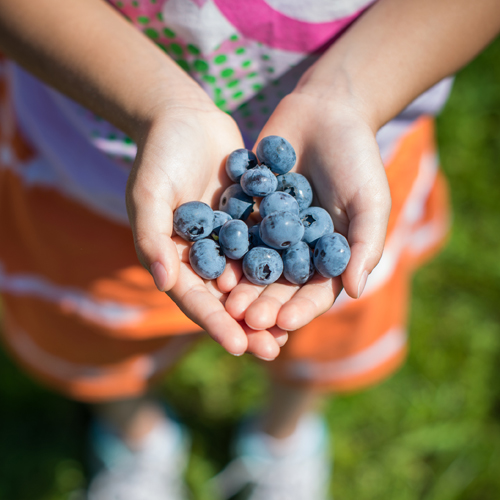 Pterostilbene (pronounced tero-STILL-bean) is a powerful anti-aging antioxidant and flavonoid for healthy blood sugar, cholesterol metabolism, weight loss, nerves and cellular health. It has been traditionally used as a heart tonic, blood sugar and cholesterol management, and occasional heartburn relief. Its bioavailability surpasses other similar plant stilbenes making it a prized health tonic.

Pterostilbene is a phenolic compound which are phytochemicals found in plants. More specifically, it is a stilbenoid chemical similar to resveratrol, but has a slightly different chemical structure with two methoxy groups attached, i.e. a methylated form of the resveratrol compound. This makes pterostilbene up to four times more absorbable, with better bioavailability, and more biologically active than similar compounds. It is lipophilic which allows it to dissolve into fats. This is especially important for your brain, liver, and cell membranes which are organs and tissues with a high fat content.

Pterostilbene has been used since 400AD in Ayurvedic medicine. Much of its historical use relates to support for blood sugar and cholesterol management, as a tonic for the heart, and even occasional heartburn relief. Traditionally, in order to feel better, natives who lived in the rural area of Chatisgarh, a region of Madhya Pradesh, drank out of cups carved from the Indian Kino wood to help their blood sugar concerns.

Pterostilbene has many health benefits. Metabolically, pterostilbene suppresses blood sugar build-up in the liver and blocks the absorption of sugar from the intestinal tract. It aids in breaking down sugar and supports energy production, while reducing fat accumulation and supports a healthy weight. It also aids in uric acid metabolism and provides antioxidant support to the kidneys affected by blood sugar and liver metabolism.

Pterostilbene has been shown in animal studies to aid cholesterol metabolism by supporting healthy cholesterol levels, triglycerides, LDL and VLDL levels. It helps keep platelets naturally slippery enabling their flow through your circulatory system. It helps protect smooth muscle found inside blood vessels as well as the endothelial or inner lining of blood vessels essential for healthy cholesterol management and blood flow.

Pterostilbene has also been traditionally used for occasional heartburn relief. As scientists explore more about its effects, we now know that pterostilbene helps gut health by offering protection of the digestive tract from free radical stress.

Due to its antioxidant functions, pterostilbene helps the body modulate iNOS and COX-2 that adversely impacts normal cell function and integrity of the gut mucosal lining, and buffers against inflammatory stress.

Pterostilbene’s antioxidant actions also help protect your brain and liver against oxidative stress and toxins. More recent research shows that pterostilbene enhances memory and is considered a nootropic, or a smart nutrient. Another nootropic or smart nutrient is fisetin.

Aging well requires optimal support for oxidative stress. Pterostilbene’s role in supporting Nrf2, glutathione, and free radical catcher is a powerful helping hand for healthy physiological function and detoxification in your gut, brain, liver, and all other organs throughout your body.

In addition to these metabolic uses, pterostilbene is used for anti-aging “fountain of youth” benefits like resveratrol. This is because pterostilbene is a natural sirtuin activator. Sirtuins are types of proteins that directly impact the SIRT genes, cellular aging, and DNA expression that affect quality aging and longevity.

Pterostilbene intake mimics the act of calorie restriction on cells which is a known activator of sirtuins. Activation of the sirtuin proteins and SIRT genes are linked with lifespan, cell survival, healthy mitochondria, insulin regulation and neuroprotection.

Advanced recent research shows that pterostilbene is an effective apoptotic and autophagic agent that helps cells with the natural clean-up processes that remove DNA and cellular damage. Lack of good housekeeping or inadequate autophagy function is a leading reason for compromised cellular health. It provides strong protection to cellular aging and biological stress.

We now offer Silbinol® in our Pterostilbene supplement, a natural standardized extract at 100 milligrams (mg) per capsule. Silbinol® is natural trans-pterostilbene (dimethylresveratol) from Pterocarpus marsupium tree. One cup of blueberries typically provides about 20 micrograms (mcg) of pterostilbene. Pterostilbene is also in the product Lipid Helper at 7.5 mg per capsule.