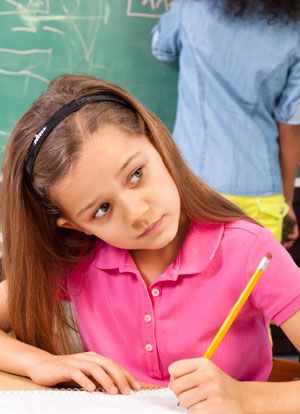 The degree to which the human genome relies on the genomic activity of foreign contents within the digestive tract is only now revealing itself to new tools of scientific exploration. The latest science suggests that how the digestive tract evolves1 in the first few years of life can influence brain health and behavioral traits for an entire lifetime.

Packed into the three to five pounds of contents within the digestive tract are ten times the number of foreign cells (bacteria, yeast, etc.) than comprise the entire human body. Additionally, this diverse population of foreign inhabitants possesses 100 times the genomic signaling activity of an entire human genome. Mapping the human genome and the far more complex gut genome is the new frontier of science. It is already clear that the human genome relies on the gut genome to produce a variety of signals that sustain human health. In essence, the human genome uses gut genomic activity as “worker bees” to sustain the "queen bee" (the body). This has clear survival advantages; it would require too much energy for the human genome to do all the work itself.

We have known for many years that disturbances within the digestive balance of power influence or cause almost every disease. As I like to say, bad gangs “set up shop” in our digestive neighborhoods, often warring with each other. This nasty state of affairs not only generates toxic trash that enters the general circulation, but gene signaling from the "gang warfare" causes immune system malfunction, both inhibiting normal immunity and inciting autoimmune reactions, allergies, asthma, and obesity.

However, the research is entirely new in our understanding of what is actually happening. It implies that the contents of the gut and thus the type of gut genomic signaling that occurs during brain development in the first few years of life profoundly influences brain function, then and later in life.

One study looked at mice bred to have no digestive bacteria. This gave researchers the option of introducing bacteria at will, enabling them to compare the mice without bacteria to the mice with normal gut flora, all the while measuring genomic signaling. Researchers found that the no-bacteria mice exhibited significantly more hyperactive and risky behavior as adults. If they were given normal bacteria early in life, they grew up with the same normal behavioral traits of the control mice. If they were given normal bacteria later in life, the hyper/risky behavior was already established. Please note, this is the simple explanation of the study, which used advanced genomic monitoring to assess outcomes. Clearly, gut genomic signaling influenced brain development.

"The data suggests that there is a critical period early in life when gut microorganisms affect the brain and change the behavior in later life," says Dr. Rochellys Diaz Heijtz, first author of the study. "Not only are signal substances like serotonin and dopamine subject to regulation by bacteria, synapse function also appears to be regulated by colonizing bacteria," continues Prof. Sven Pettersson, coordinator of the study.

In other words, gut flora influences the proper formation of brain structure and the healthy plasticity of nerve networks. Although this is an animal study, the data goes a long way in helping explain many human mental health issues and may shed a new understanding on how such problems originate. Extrapolating on the meaning of the data would certainly suggest that antibiotics, which disrupt normal bacterial evolution in the digestive tract, could be a significant cause or contributor to autism, ADHD, mood disorders, and generally reduced cognitive ability.

Proper development of the digestive tract is vital to immunity, digestive health, and likely brain health. Poor quality diets that depress immunity and lead to antibiotic use can result in a lifetime of poor digestive function, poor immune function, and poor brain function. I’ve seen this a countless number of times.