A Flat Stomach is Best for Your Heart and Brain 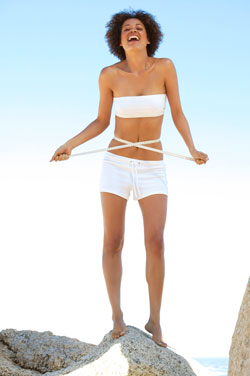 Two new studies confirm that the 50% of Americans who are overweight in midlife need to get serious about solving their metabolic problems. One study links the extra weight to an increased risk for dementia and Alzheimer's. The other study links a fat stomach to double the risk of death from coronary artery disease. Neither study is good news for an American public with rapidly expanding waistlines.

The dementia study1 utilized data from the Swedish Twin Registry, evaluating 8,534 twin individuals over the age of 65, comparing their current issues with dementia/Alzheimer's to their weight at age 43. Individuals who were overweight mid-life had a 71% increased risk for dementia and those who were obese had an 88% increased risk. The researchers concluded that “Both overweight and obesity at midlife independently increase the risk of dementia, Alzheimer's Disease, and vascular dementia.”

In another study researchers at the Rochester Mayo Clinic found that in individuals with coronary artery disease2 even a small amount of abdominal fat increased their risk of death by 70%. The findings were interesting because they involved a large number of people from different areas of the world and differentiated between BMI and central obesity (the expanding waistline). In essence, the study is saying that any extra abdominal fat is bad for your health. If you should develop coronary artery disease and have this type of fat, your chance of survival is significantly reduced.

Being overweight is an inflammatory problem that has consequences over time. Weight gain in the abdominal area is predictive of the most inflammatory type of weight gain and also correlates to developing a fatty liver. This issue is significant and should not be ignored by anyone who wants to be healthy in older age.

Mental Fatigue Getting the Best of You? Nourish Your Brain