DHA is Vital During Pregnancy 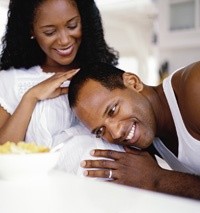 Two new studies by researchers from the University of Kansas show the extreme value of DHA supplementation during pregnancy for the health of the baby – effects likely to impact a lifetime.

In the first study, pregnant women received 600 mg of DHA per day from week 14 until the birth of their baby. Both mother and baby's red blood cell DHA were significantly higher at birth compared to control patients. DHA enabled better heart rate variability, a clear sign of improved nervous system regulation of the cardiovascular system. This not only helps the baby have a better chance of properly adapting to the rapid growth that takes place once born, but it is also likely to have lifelong benefits on cardiovascular regulation. Heart rate variability is a key marker of cardiovascular fitness in older individuals – and there is nothing better than getting started on the right foot. These early lessons tend to be epigenetic in nature, impacting later life.

In a second study, pregnant women took 600 mg of DHA from week 20 until the birth of their baby. The actual intake of DHA averaged 469 mg per day, based on some missed doses. DHA intake resulted in a three day longer gestation, along with greater birth weight, length, and head circumference. The DHA group had far fewer births prior to 34 weeks. When a mom who took DHA did have a preterm baby, that baby needed an average of only 8.9 days in the hospital, compared to an average stay of 40.8 days for the preterm babies of mothers who did not take DHA during pregnancy.

There is an epidemic of preterm deliveries in America. While the reasons for this vary and can occur even in the most health conscious mothers, oftentimes problems are occurring in mothers whose nutrition is poor, and who are overweight. It is clear that supplemental DHA can have a significant impact on healthy pregnancy outcomes and should be considered as important as folic acid during pregnancy.

I previously reported that an optimal dose of DHA during pregnancy and lactation is 4,000 – 5,000 mg per day. It is great to see that even a basic dose of 600 mg of supplemental DHA can have such significant benefits to the health of our next generation. Other studies indicate that DHA helps eyesight development as well as intelligence. It is such a simple step to take for so much benefit.