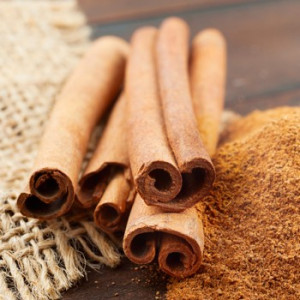 Wellness Resources Cinnamon Plus™ contains CinnulinPF®, the only clinically tested cinnamon extract on the market. It is a special water soluble extract of cinnamon's polyphenol Type-A polymers (US PATENT #6,200,569). Ongoing research conducted at the USDA has so far identified these compounds as the bioactive factors in cinnamon that support healthy insulin function as well as acting as antioxidants. Other extracts of cinnamon may contain toxic fat-soluble compounds making long-term use uncertain. These potentially problematic compounds have been removed from CinnulinPF®.*

Banaba leaf is a plant that grows in the Philippines and has a long use in folk medicine. It is standardized corosolic acid and also contains a special ellagitannin called lagerstroemin. These nutrients assist in the normal function of glucose transporter proteins (GLUT4 in particular), supporting the normal uptake of glucose into muscle cells and adipose tissue to use for energy production. Human testing has demonstrated the effectiveness of banaba leaf to support healthy blood sugar metabolism.*

LeptiSlim is a potent mixture of first milk bovine colostrum, chromium, vanadium, and two herbs: inula racemosa and gymnema sylvestre. These are bitter herbs that are known as "sugar-busters." They help reduce the desire for sweet tasting food, helping to bring the taste system back to natural balance. Additionally, inula racemosa helps your liver cope with the natural rise in blood sugar in response to stress, while gymnema sylvestre leaf support normal blood sugar function in response to increased demands.*

First milk colostrum is a functional food, packed with trace amounts of naturally occurring metabolites that support thyroid, leptin, and insulin function support that is required to sustain optimal growth following delivery one of the most intensive metabolically demanding times in life.*

Leptinal is our top leptin support product, which by definition means it supports healthy insulin function (since leptin controls overall insulin performance). The product is designed to nourish your white adipose tissue as well as your subconscious brain; two areas of vital importance in the overall regulation of normal blood sugar metabolism. For example, within white adipose tissue, another hormone called adiponectin turns out to be the key player that supports healthy insulin function around your body. Nutrients in Leptinal facilitate your bodys production of adiponectin.

The combination of Cinnamon Plus, LeptiSlim, and Leptinal support numerous mechanisms by which healthy blood sugar function is accomplished.