Iosol Iodine is a unique form of iodine. It assists formation of thyroid hormone, helps warm up body temperature, and is a protective nutrient.*

The Importance of Iodine

Iodine is also needed to block various toxins from binding to and accumulating in the thyroid gland (fluoride, perchlorate, goitrogens in food). Problems with chemicals affecting the thyroid gland have been known for decades. A Russian study showed that general environmental pollution (of which the U.S. has plenty in every metropolitan area) significantly aggravates iodine lack (meaning pollution displaces iodine in the human body).*

We have known for many years that free iodine is in high concentration in the ovaries and breast tissue, acting as a protective buffer to estrogen. Adequate tissue iodine helps guide estrogen into friendly pathways that support proper function of female sex hormones.* Iodine also assists the proper function of numerous hormone receptors throughout the body, thus helping hormones in general communicate more efficiently.* The rate that any hormone is formed is governed by thyroid hormone. Thus, thyroid nutrition like Thyroid Helper® and Iosol Iodine contribute to the formation of testosterone. In women this supports healthy sex drive. In men, testosterone is vital to function.*

Iodine is essential for brain function and intelligence. Since 2001 there have been numerous studies showing the importance of iodine during pregnancy, not only to help the mother's thyroid work better, but specifically for the cognitive and neurological development of the child.*

Iosol Iodine is a proprietary iodine formulation that has been in widespread use since 1945. I am often asked what the difference is between this iodine supplement and others, and many have asked what the source of the iodine is that is used in Iosol.

Iosol Iodine is in my opinion the premier iodine supplement on the market today. This is because of the superior water solubility of the iodine. This feature makes free iodide readily available for your body to use.

There are two sources of iodine in the Iosol formulation. One is from kelp. Iodine in kelp is naturally in the form of potassium iodide. However, potassium iodide is not very soluble in water and may be difficult for your body to easily use. For example, if you get liquid potassium iodide on your clothes it causes a permanent stain of red. If you get Iosol Iodine on your clothes the red will evaporate out in a few minutes or readily come out with washing. In fact, potassium iodide has been shown to congest the thyroid gland when taken in high doses and is how Hashimotos thyroiditis was first discovered (Japanese citizens consuming too many sea vegetables). This is why I don't use potassium iodide.

During the production of Iosol, iodine is extracted from kelp and made into pure iodine crystals. This is not potassium iodide, rather it is an unbound form of iodine.

The second form of iodine used is ammonium iodide, a form that readily dissolves in water. These two forms of iodine are combined in a proprietary manner in a base of vegetable glycerin.

Ammonium iodide is a combination of the mineral iodine and ammonium (NH4). This is a synthesized compound, not derived from a food source. It has superior bioavailability as the iodine readily disassociates from the ammonium upon exposure to water, producing a free iodide ion exactly what your body would like to use in metabolism.

Some people think that ammonium (NH4) sounds like some sort of toxin, compared to potassium or sodium iodide. This is far from the case. As different from ammonium, ammonia (NH3) is an irritant gas with a pungent odor. Anhydrous ammonia (meaning no water in the ammonia) is the third most synthesized chemical in the U.S., with one-third of it used by the farming industry as fertilizer and animal feed. The ability to fix nitrogen in some type of compound is vital to the growth of plants and crops. Many household cleaning products use ammonia in the form of NH3 plus water.

The bottom line is that Iosol Iodine is a very safe and effective form of iodine to use as a dietary supplement. In my experience over the past twenty years it has routinely produced outstanding results.

What is the dose of Iosol Iodine?

The most commonly used dose of Iosol Iodine is 1 drop of the preparation in a few ounces of water, taken once a day. Each drop has 1.8 mg of iodine or 1200% of the governments recommended daily value. If you would like to get only 100% of the daily value then take 1 tsp of a mixture of 1 drop of Iosol Iodine in 2 ounces of water; however, most people like taking more than this.

Adequate iodine tends to keep your head more awake during the day, helps support your energy level, and helps you warm up (if you are cold).* Many people take 1-5 drops of Iosol Iodine per day, using enough to feel warmer and more energetic. While this can be taken all at once in the morning, some like to split the dose and take some in the afternoon as well.

Some people find that taking iodine every day really helps to support metabolism. Others find that they only need to take it once or twice a week. Regardless of the dose used or frequency of the dose, the goal is to notice energy support. And if you are too cold, another goal is to warm up. Iosol Iodine is one of the best nutrients for natural thyroid support, especially helping those who are cold to warm up and get on track.*

Caution: We have received numerous reports of people taking 25 mg to 50 mg of potassium iodide-containing supplements each day, typically in the form of Lugols or Iodoral. I do not support the use of this protocol as the form of iodine used is inferior and the chance of congesting the thyroid with insoluble potassium iodide is elevated - a needless risk to take for any person trying to improve their health. I have never had any trouble helping people balance thyroid function on far less iodine intake, especially when synergistic thyroid support nutrition is used.

Directions: Typical dose is 1-5 drops per day, mixed in a small amount of water. Use enough to help warm up and sustain energy. Each drop of Iosol Iodine contains 1.83 mg of iodine.

Iosol Iodine Shelf Life - Iosol Iodine is an extremely stable iodine supplement. The expiration date is approximately 10 years from the time of purchase.

RDA - If desired, a solution may be made by mixing 1 drop of iodine in two ounces of water and then taking a teaspoon of the solution. This solution yields 153 mcg (102% of the RDA) of iodine per teaspoon. 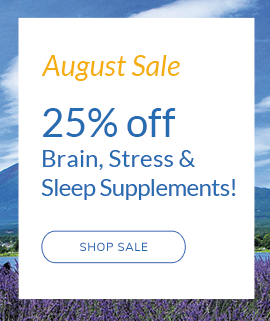