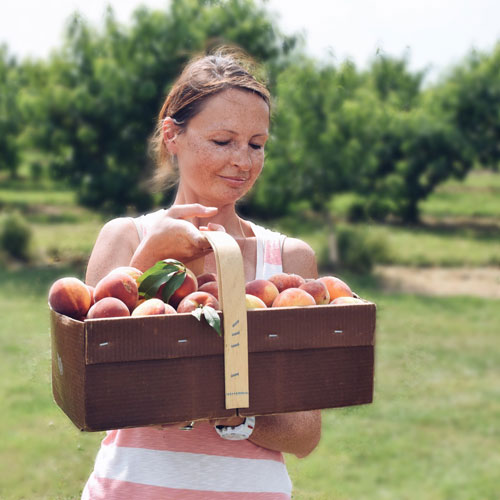 Are your genes your destiny? Yes and no. They determine your eye color, if you can roll your tongue or not, curly or straight hair, and numerous other things about you. Genes also tell you information about your ancestral history and influence your health. Your family history may show heart problems, thyroid, Alzheimer’s, Parkinson’s, hypertension or certain cancers.

However, even if you have a family lineage of the same disorder, it doesn’t always mean you will have the same outcome. What you wash over your genes with your diet and lifestyle, in many cases, can modify the disease risk. This is known as epigenetics. Methylation is one giant topic that pertains to epigenetics. Knowing a little more about methylation can help optimize health.

This crucial activity of methylation affects how genes turn on or off. This affects genetic expression in you and your offspring. You want methylation to be balanced, not too much or too little.

Several genes are linked with methylation of which MTHFR is the most well-known and studied and is fundamental to the process. Other main players are CBS, COMT, FUT2, MTR, MTRR, and TCN2. At the core of methylation is the compound SAMe (S-adenosylmethionine) which is a universal methyl donor.

In order for SAMe to work with methylation at the site of MTHFR, it needs folate. Nearly 60 percent of the population is estimated to have one or more genetic single nucleotide polymorphisms or SNPs (pronounced “snips’) that affects the MTHFR gene. SNPs are genetic variations. This SNP affects how well the body turns non-active folic acid into the active methylated folate. This type of SNP and lack of folate in the diet may lead to a major roadblock which impairs the methylation cycle, subsequently affecting gene expression.

Methylation is involved with numerous activities in the body, including:

As I mentioned at the beginning of the article, what you wash over your genes can oftentimes determine genetic expression of the gene, i.e. does the disorder with the gene stay silent or does it awaken into loss of health. What you expose to your genes is related with diet, nutrition, and lifestyle.

The primary foremost need for healthy, balanced methylation is diet. Methylation superfoods include green leafy vegetables, beets, spinach, mushrooms, eggs, organ meats, peas, beans, legumes, shellfish, asparagus, Brussels’ sprouts, and avocado. If your diet lacks these foods or your needs outweigh what you consume, then methylation may be compromised.

Methyl B12 and Folate

The two most important nutrients required for providing methylation activity are vitamin B12 and folate. The coenzyme methylated forms of vitamin B12 are methylcobalamin and adenosylcobalamin. The coenzyme form or activated folic acid is folate, folinic acid and/or methylfolate and is structurally known as 5-MTHF or 5-Methyltetrahydrofolic acid. If your food or supplement says folic acid, it is referring to a synthetic non-active form and may contribute to cellular distress and impair methylation.

Several other nutrients are essential for methylation. These include trimethylglycine (TMG) or betaine, methionine, cysteine, taurine, vitamin B6 (pyridoxal-5-phosphate), vitamin B2 (riboflavin), vitamin B3 (niacin), choline, and sulfur.

Regular exercise regulates the expression of genes and lowers the “epigenetic age” thus helping you feel more youthful. A recent 2019 study showed that adults who participated in lifelong regular exercise had healthier methylation profiles than those who did not exercise. Healthy methylation function led to improved blood sugar and insulin sensitivity, oxidative stress resistance, and helped maintain muscle mass.

Normal day-to-day physical activity of errands and desk work is different than exercise when it comes to methylation. You can see the impact of exercise on methylation with a recent study. Scientists at the Karolinska Institute in Stockholm, Sweden evaluated 23 healthy young adults with lab evaluations and muscle biopsies. The study participants bicycled with the use of only one leg for 45 minutes per day four times per week for three months while the other leg remained sedentary. Participants went about daily activities as normal without altering leg use or gait pattern. Muscle biopsies were repeated at the end of the experiment.

As expected, the leg that was exercised had more muscle tissue and was in better shape. The big surprise was that the exercised leg featured new methylation patterns. Over 5000 sites on muscle cell genes were affected. No gene changes occurred in the unexercised leg with normal day-to-day activity only. Most of the gene expressions identified were related to energy production and metabolism, insulin function, and inflammation within the muscles.

Gut bacteria affects nutritional status and methylation. Absorption of nutrients is one concern that many people face with an inflamed digestive tract, lack of enzymes and stomach acid, and drugs that block stomach acid. In addition, gut bacteria can also influence folate levels up or down.

For example, bifidobacteria can make folate, whereas other types of gut bacteria may not contribute to the same degree. An overabundance of bifidobacteria or other gut flora imbalances may actually elevate your blood levels of folate beyond what is considered normal or beyond supplemental intake levels. This reflects SIBO (small intestine bacteria overgrowth) which is a separate issue. This means that gut health must be restored. Other bacteria imbalances may alter SAMe and choline which affect methylation function.

Long-term high stress and elevated cortisol reduce DNA methylation. High stress events, especially early in life, can change the brain HPA axis making it more sensitive and hyperactive. Consequently, it may lead to anxiety, depression, and an ongoing state of fight-flight reactions even into adulthood.

Avoid other stressors like smoking. Reduce or eliminate other substances that you may heavily use like caffeine, alcohol, or other substances. Consume a diet free of genetically modified (GMO) foods and avoid use of glyphosate/Round-up treated foods and products.

Lab tests are available to help determine the presence of methylation concerns. Two basic lab tests that “hint” at a problem include elevated homocysteine and methylmalonate levels. Genetic tests can tell you if you have any of the major methylation gene SNPs (CBS, COMT, FUT2, MTHFR, MTR, MTRR, and TCN2) present.

Unfortunately, they don’t tell you how well your body is functioning with the methylation SNPs, but they do give you and your health care professional information about the risk. More in-depth methylation testing can detect where the roadblocks are with impaired function and not just having the gene SNPs present. Optimizing function helps reduce the roadblocks that lead to genetic expression.

Many medications deplete nutrients involved with methylation like vitamin B12, folate, B6, choline, and other nutrients. It is important to replenish what the drug strips out to reduce this impact on the methylation process. Some common medications may include PPI/proton pump inhibitors, many antibiotics and birth control meds, cholestyramine, valproic acid, and nitrous oxide. Learn more about B vitamins at B Vitamin Deficiency: Are You at Risk?

Individuals who are drug-sensitive may be a result of the difficulties with methylation. Identification of methylation SNPs through lab or genetic tests can help your health care providers make more informed choices about prescription and anesthesia choices.

Deficits in other nutrients can also impact methylation function at different stages in life. Research shows that early-life iron deficiency has been found to adversely affect methylation processes later in the adult brain. A January 2019 animal study showed iron deficiency in early life adversely affected DNA methylation in the hippocampus of the brain which led to concerns of memory impairment. The hippocampus is the site of converting short-term memory into long-term memory, spatial navigation and emotional responses.

Adequate intake of choline during pregnancy helped offset the challenges of iron deficiency to the brain. Insufficient levels of iron and choline early in prenatal or infancy was linked with increase cognitive and mood difficulties that affected anxiety, depression, autism, and schizophrenia in adult life. These are examples of how early-life nutrient deficits or imbalances can affect how adverse gene expression turns on later in life.

Methylation balance and function is fundamental to your health and epigenetics. There is a high likelihood that at some point in your life, methylation function has been or is currently challenged. Start with the basics with diet and exercise. For those who need support, choose coenzyme B vitamins which are in their methylated forms such as the Daily Energy Multiple Vitamin, Super Coenzyme B Complex, or the Daily Prenatal Multiple Vitamin. These nutrients are rapidly used with stress, medication depletion, and are limited with today’s Standard American Diet. Knowing how well your body does with methylation and then supporting it can make a positive impact on your quality of life.

Are You Taking Folate or Folic Acid? Read This First

Super Form of Vitamin B12 – Adenosylcobalamin

Common Medications That Rob the Body of Nutrients