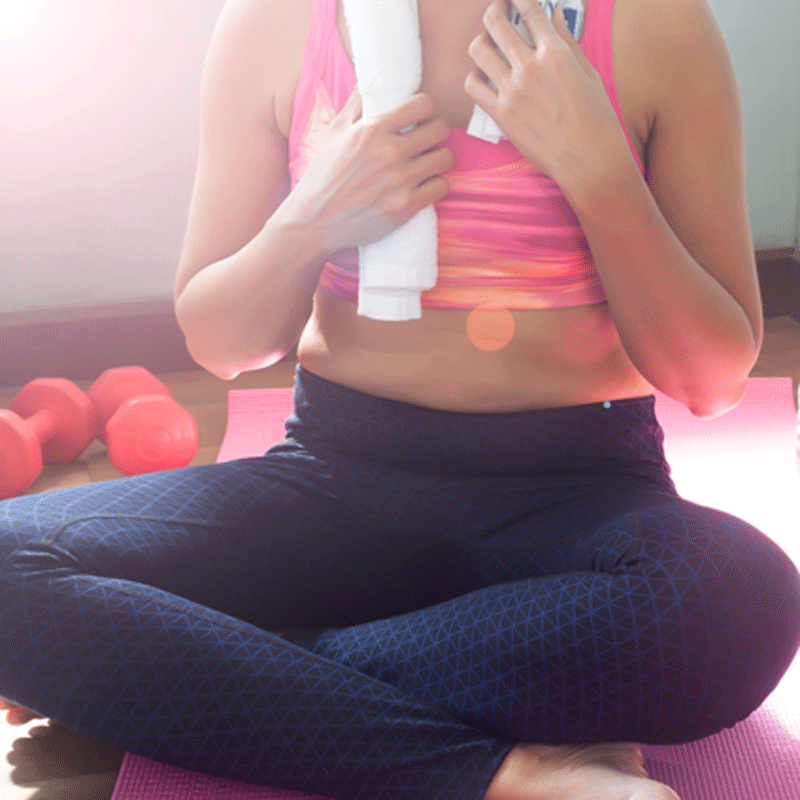 Your body’s fat tissue is a complex endocrine system that consists of three types of fat: brown, white, and beige. Each tissue has different properties. For the last several years, researchers have studied ways to activate and increase the amounts of beige and brown fat tissue in adults to help metabolism and weight management.

Just like your brain can healthfully change and has neuroplasticity, your fat cells can also change and be metabolically activated by a number of things. Learn how to turn your white adipose tissue into fat burning beige cells with smart, proactive choices.

When you hold a sleeping infant or toddler, do you notice how much heat their body produces? Infants and young children’s fat tissue is predominantly brown adipose tissue, which promotes thermogenesis.

By adulthood, the amount of brown adipose tissue (BAT) has greatly decreased. Small amounts are found underneath your clavicles, neck and upper shoulder muscles, around the adrenal glands, and along the spine.

Brown adipose tissue is a highly specialized type of fat tissue with significant amounts of vasculature. It contains a rich supply of nerve fibers from the sympathetic autonomic nervous system that turn on heat production and fat burning, i.e. thermogenesis. Large amounts of highly active mitochondria are present in brown adipose tissue.

When mitochondria are broken down or damaged by acute and chronic oxidative stress, they disappear from beige tissue. In white fat cells, mitochondrial function and biogenesis is down-regulated. As a result, thermogenesis declines. This effect is seen with increased body weight and difficulty regulating body temperature associated with age.

Beige Fat Cells Can Transform Back and Forth

Healthy habits and positive stimulus are essential for the browning effect of white adipose tissue and maintaining beige fat cells. However, over time beige fat cells can also dynamically change back to white fat cells if unhealthy states have escalated or the thermogenesis need is removed.

How to Activate Brown and Beige Adipose Tissue

Researchers believe that activation of beige and brown fat metabolism holds great promise for health improvements in overweight and obese individuals. Several things have been identified that turn on brown and beige adipose tissue metabolism.

Exposure to cold temperatures for extended periods of time and shivering is the primary mechanism that activates thermogenic activities of your brown and beige fat cells. Cold temperatures stimulate your sympathetic autonomic nervous system which sends signals to brown fat cells and their mitochondria to stimulate heat production. Fasting can also stimulate the browning effect on white adipose tissue. Make sure to follow the Five Rules of The Leptin Diet for the fasting effect between meals.

Research on exercise and white adipose transitioning to beige fat tissue is still a work in progress. Acute, intensive exercise upregulates mitochondrial mechanisms linked with the browning effect of white fat cells better than endurance exercise. Other types of exercise and browning of white adipose tissue may not be as promising. Research clearly shows though that exercise is highly beneficial for abdominal/visceral fat loss and blood sugar management. Exercise promotes mitochondrial biogenesis.

Studies suggest that the amino acids phenylalanine and leucine help mitochondria promote thermogenesis and brown/beige fat activity. Phenylalanine is a precursor to tyrosine and dopamine, which support the sympathetic autonomic nervous system and thyroid metabolism. Animal foods and whey protein provide the best biologically active sources of these amino acids.

Activation of brown and beige adipose tissue works best when it is in context of doing other healthy things. Quality, whole, nutrient dense foods are critical to nourish your organs, for detoxification, protection of mitochondria, cholesterol metabolism, cell inflammation management, hormone regulation, and much more.

Sufficient quantity and quality of sleep and intact circadian rhythms set the most fundamental day/night gene regulators for health metabolism and leptin regulation. Make sure you have breakfast with protein within 60-90 minutes after awakening as that triggers your intrinsic body clocks for fat burning.

Stress management is critical in today’s modern world for healthy metabolism. Stress causes a release of large amounts of cortisol and other stress hormones which impairs thyroid hormone activation and usage of T3 inside mitochondria for thermogenesis. Make sure you protect your thyroid against stress.

Protect and nourish your mitochondria too as they are involved with thermogenesis. Here are some further insightful resources on mitochondria.

Mitochondria: Your Battery Pack for Thyroid, Adrenals and Stress Tolerance

When you add in beige fat activating nutrients like omega-3 DHA, cinnamon, green tea extract, green coffee bean extract, ashwagandha, ginger, and others listed while working on a healthy lifestyle, the effects are synergistic. Use the science and nutrients on beige fat activation to enhance your hard work with exercise and dietary choices for a healthier you!