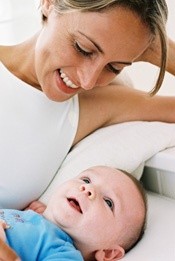 Americans once again get to watch, as industry-friendly managers at the FDA drag their feet while the health of tens of millions of American infants and children is in high danger. Consumer protection groups, like the Environmental Working Group, are sounding alarm bells. The international community is outraged, and the October 2008 issue of Environmental Research has published six articles on the serious risk of plastic toxicity to human health, describing what it calls “A Plastic World.”

One of the many toxic plastic-based chemicals of concern is called Bisphenol A, or BPA for short. The Environmental Protection Agency (EPA) sets the “safe” level for this toxin. The EPA, like the FDA, is in crisis. Many EPA scientists have left or been forced out when they voice concerns. Oftentimes safe levels for chemicals are based on industry-friendly amounts, not levels for safety of human health. The perchlorate debacle, a thyroid-disrupting chemical that is currently injuring millions of infants across the U.S., is another example of good scientists at the EPA being muzzled by management and the Bush administration so that the military won't be forced to clean up a 50 billion dollar problem. (Fight for Your Health, Chapter 13, How the Military has Poisoned Our Water.)

Last month the Journal of the American Medical Association2 published a study of 1400 adults and found that those with the most BPA in their urine had nearly three times the risk of heart disease, more than twice the risk of diabetes, as well as signs of liver damage. Unfortunately, the levels of BPA that were associated with disease are within the EPA's industry-friendly levels of “safety.” The researchers stated “Widespread and continuous exposure to BPA, primarily through food but also through drinking water, dental sealants, dermal exposure, and inhalation of household dusts, is evident from the presence of detectable levels of BPA in more than 90% of the U.S. population. Most studies of the health effects of BPA have focused on well-documented estrogenic activity, but reports have highlighted additional modes of action, including liver damage, disrupted pancreatic β-cell function, thyroid hormone disruption, and obesity-promoting effects…. [Our] findings add to the evidence suggesting adverse effects of low-dose BPA.”

The FDA finds itself in an all too familiar and uncomfortable position of sitting on the crisis hot seat, yet one more distraction for Commissioner Andrew von Eschenbach. He took the top job at the FDA so he could speed new and dangerous biotech cancer drugs onto the market with even less testing for safety or effectiveness (favors for his many friends in the cancer industry). Von Eschenbach's purpose has been plagued by a never-ending stream of drug frauds and dangers, as well as various food safety debacles. It should be pretty obvious to everyone that safety of the American public is very low on the FDA management's list of priorities, a problem decades old that really took a turn south in 1992 when Clinton put through legislation that allowed Big Pharma to fund the FDA (funding the Senate and House approved and expanded last year).

Von Eschenbach is carrying forward the Bush doctrine of health, which means that citizens of the United States should have no legal recourse when they are injured by drugs. The Supreme Court is likely to rule on this issue next month (preemption), and has indicated so far it is likely to side with the FDA (part of the Bush legacy). Let's be clear, the FDA is little more than a police force bully to natural health and consumer legal rights, while acting primarily as an economic gatekeeper for industry and its various economic problems. Safety – what safety?

Under consumer demand the FDA was forced to take a position on BPA and recently declared in the face of a mountain of negative evidence that “products containing BPA currently on the market are safe and that exposure levels ... are below those that may cause health effects.” To reach this decision the FDA appeared to rely on two studies funded by plastic manufacturers, ignoring hundreds of negative studies. The release of the alarming JAMA study in September was timed for an FDA Advisory Panel that is to review the issue further. The release of the six new studies in Environmental Research this month is also targeted to pressure the FDA. “Not only are these studies of scientific importance, they also contribute to the ongoing U.S. congressional hearings involving the Food and Drug Administration,” remarked Gert-Jan Geraeds, Publisher of Environmental Research, “As such, “The Plastic World” has a broader societal impact and raises awareness of increasingly important environmental issues.”

Why Isn't the FDA Taking Action?

In a crisis situation the FDA acts first to protect the economic interests of those who are causing harm. The FDA knows that if it dictates something should be removed from the market it will open a floodgate of lawsuits. The FDA is employing a time-tested tactic for allowing its friends in industry to escape most legal responsibility and overwhelming damage claims, while actually maintaining their profits while they continue to injure.

This is how the strategy works. It is based on how Monsanto escaped most financial and legal responsibility for contaminating the world with PCBs. The general idea is for the company, in this case Monsanto, to acknowledge certain aspects of the problem, tighten restrictions, and continue to manufacture. A legion of lawyers-for-hire is set up to create confusion and deflect iron-clad proof away from the offending substance as the cause of anything. Profits are continued while liability declines, which enabled Monsanto to keep making money for several decades and to never have to spend the 50 – 100 billion to clean up the U.S., a serious health problem that persists to this day for all Americans.

Monsanto was able to keep its liabilities to a minimum. It has gone through corporate metamorphosis by selling off all its chemical business to escape the future liability if Americans ever wise up. Monsanto is now only in the Frankenfood business (another public health catastrophe of magnitude).

We also recently saw the FDA, under the leadership of Von Eschenbach, employ this very same strategy to bail out the German company Bayer. Bayer was caught red-handed knowingly killing thousands of Americans with its heart by-pass drug Trasylol. The FDA dragged its feet for close to two years and eventually Bayer withdrew the drug on its own (obviously because the FDA would have been forced to remove it). Criminal executive behavior at Bayer, resulting in the deaths of many unsuspecting Americans, was met with an FDA wrist slap. While Bayer will face many lawsuits over Trasylol, its lawyers-for-hire will seek to drag problems out for decades and limit liability to a fraction of what would have happened if the FDA pulled the drug from the market when it was clear the drug was killing Americans. As a Sixty Minutes expose on Trasylol concluded, at least 20,000 Americans lost their lives while the FDA dragged its feet in defense of Bayer. Of course, if the FDA has its way these suits would soon become illegal to file. In the case of the FDA it always drags its feed based on the excuse it needs more data or studies, which is how it provides cover for a company in trouble.

The FDA is now in crisis mode on plastics. Its mantra is “industry first, consumer last.” The only thing that fazes the FDA is massive public outcry and media scrutiny of their ineptitude to protect Americans.

What Are the Dangers in Plastics?

The overall problem is that many chemicals within plastic can be released from the plastic. In some cases this causes direct exposure damage, as is the case with infants and children. Another angle on the problem is that these chemicals massively pollute our oceans, are getting into the food supply as well as adversely affecting many species of life, and are accumulating in our groundwater.

BPA is one of a number of plastic-related chemicals of concern, with around 7 billion pounds a year of production causing widespread contamination of planet Earth. BPA is used to harden plastics so they are shatterproof. BPA is also part of a resin used to coat the inside of canned foods and can leach into the food.

BPA is a fat-soluble neurotoxin and hormone disrupter, meaning that it crosses the blood brain barrier and causes nerve damage while upsetting the metabolic applecart. Primate studies clearly show it causes a loss of cognitive function and memory. Exposure in infants and children may cause permanent damage to their developing nervous system.

Our government gives the following tips for reducing BPA exposure:

• Don't microwave polycarbonate plastic food containers. Polycarbonate may break down from overuse at high temperatures and release BPA. (Manufacturers are not required to disclose whether an item contains BPA, but polycarbonate containers that do usually have a No. 7 on the bottom.)

• Reduce use of canned foods, especially acidic foods such as tomatoes that can accelerate leaching of BPA from plastic can linings. Opt for soups, vegetables and other items packaged in cardboard "brick" cartons, made of safer layers of aluminum and polyethylene plastic (labeled No. 2).

• Switch to glass, porcelain or stainless-steel containers, particularly for hot food or liquids.

• Use baby bottles that are BPA-free; in the past year, most major manufacturers have developed bottles made without BPA.

Another dangerous chemical called PBDEs (polybrominated diphenyl ethers) is widely used in fire retardants and electronics. It is used in many plastic toys and children's clothing. A single exposure, in monkeys, can cause permanent brain damage. It is a very close cousin of Monsanto's PCBs. Exposure directly disturbs the thyroid gland3, one more factor contributing to world-wide obesity and poor cognitive development. A recent small study showed that children have 3 times the level of PBDEs4 in their blood as their mothers.

The plastics industry, like Monsanto of years gone by, will do everything in its power to negate problems while it scrambles to find new ways to do things while still making a profit and limiting liability. Never fear, the FDA and EPA are here to help. The question is, help who?