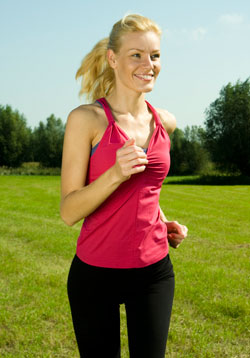 A study by University of Texas adds another chapter to the brain boosting power of aerobic exercise, demonstrating increased neuroplasticity, a key marker for brain anti-aging.

“Science has shown that aging decreases mental efficiency, and memory decline is the number one cognitive complaint of older adults,” said lead author Sandra Bond Chapman, Ph.D. “This research shows the tremendous benefit of aerobic exercise on a person’s memory and demonstrates that aerobic exercise can reduce both the biological and cognitive consequences of aging.”

The participants did a supervised aerobic exercise session three times per week for 12 weeks. The researchers were able to show improved blood flow to various regions of the brain involved with memory and metabolism. They also showed better overall oxygen fitness, a marker of cardiovascular improvement. They performed much better on memory and cognitive testing.